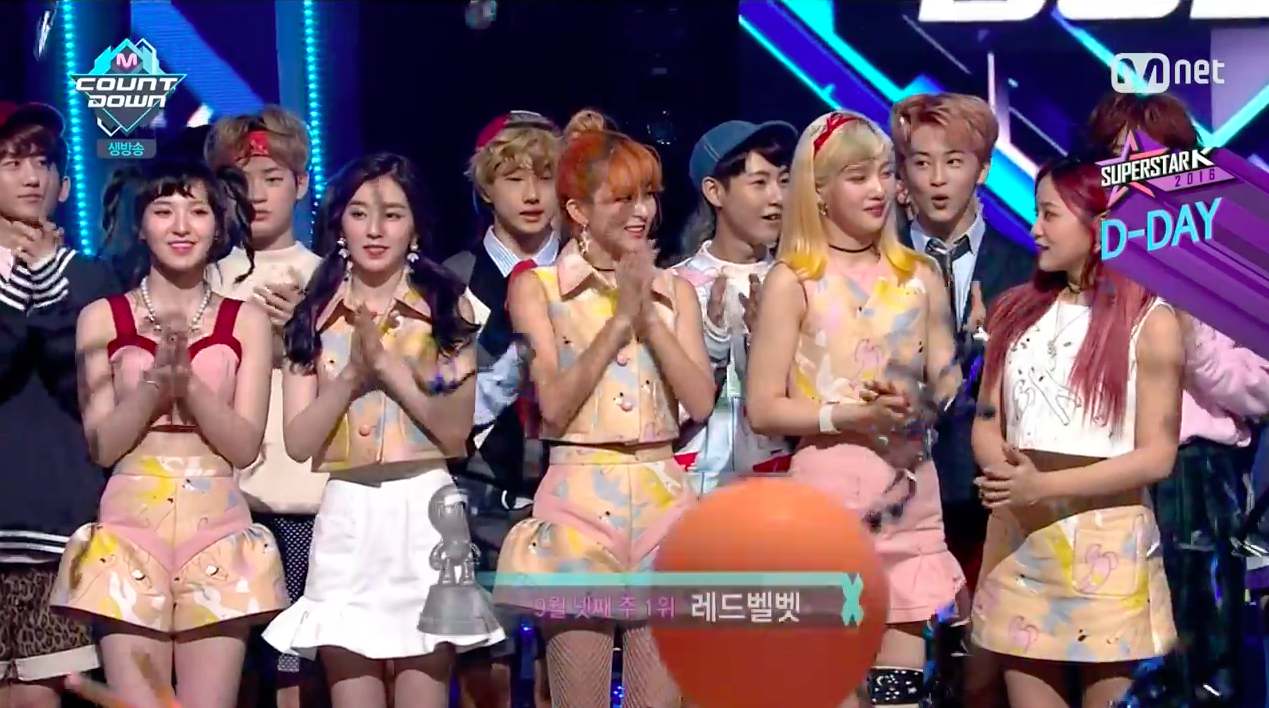 Red Velvet Takes No.1 For “Russian Roulette” On “M!Countdown,” Performances By 2PM, INFINITE, MOBB, And More

Red Velvet has taken home another trophy for their latest track!

On September 22’s episode of Mnet’s “M!Countdown,” Red Velvet’s “Russian Roulette” was up against Bobby’s “HOLUP!” for the win. Red Velvet ends up taking first place with a score of 9,576 to Bobby’s 4,875. The group thanks their agency staff, Lee Soo Man, each other, their families, and their fans.

There were plenty of other epic performances in this week’s episode, including comebacks by 2PM, INFINITE, Secret’s Song Ji Eun, and DIA. Bobby and Song Mino also performed their recently released solo tracks for the first time on a music show, as well as performed their duo track “Hit Me” as MOBB. NCT Dream, Kim Joo Na, NU’EST, Laboum, MASC, Anda, Cosmic Girls, Lee Ye Joon, and HALO also took the stage.