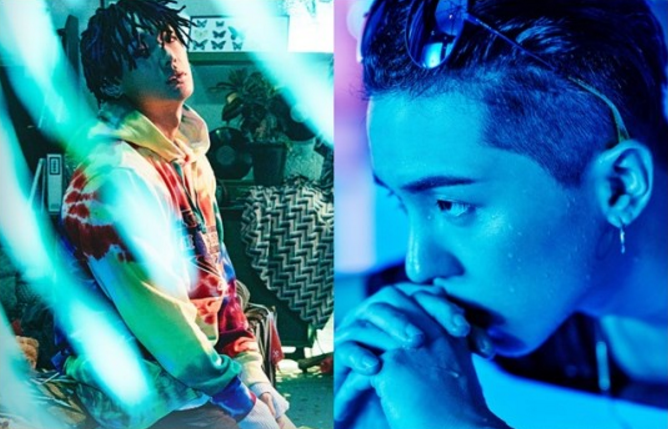 Bobby And Song Mino Talk About Being Compared To GD&T.O.P And Group Rivalry

WINNER’s Song Mino and iKON’s Bobby who recently teamed up as unit MOBB had an interview with enews24 to talk about their recent releases, competition, and more.

First, the pair was asked about their feelings regarding comparisons to their YG Entertainment seniors G-Dragon and T.O.P.

Bobby: “It’s the first time I heard this. The second GD&T.O.P? It’s a great honor and I want to take after them, but I don’t want to imitate them. I think it’s right to work so that you don’t become the second anyone.”

They also addressed competition between their groups WINNER and iKON.

Bobby: “It would be a lie to say that there is no competition between WINNER and iKON but we are like brothers who are competing with partners. We are good pacemakers that inspire a competitive spirit for each other.”

Song Mino: “To say that there is absolutely no rivalry between WINNER and iKON would be a lie, but Bobby and I are both rappers and we have to write our lyrics. There are times when we keep each other in check but I always want him to do well. I think I learn something every moment due to this well-intentioned competition.”

The rappers also discuss the potential for more MOBB releases in the future.

Song Mino: “It’s a bit difficult for us to say. If it were up to us we want to do it long-term. After our activities we will return to our groups and work on group activities but I would like to work on MOBB every now and then. I always want to.”

Bobby: “I also think it’s a great group so it’d be a pity for it to be a one-time thing. I think we would be able to last a long time as long as we make great songs. I will work hard.”

WINNER
iKON
Song Mino
Bobby
GD&amp;T.O.P
How does this article make you feel?