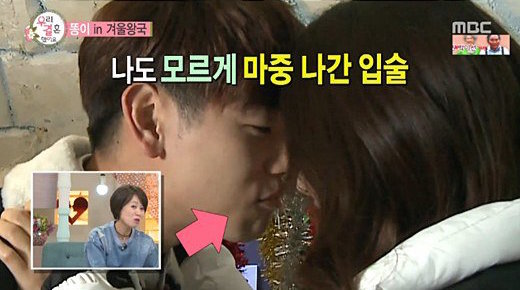 Week after week, this couple just seems to get closer and closer!

On the September 24 episode of MBC’s “We Got Married,” Eric Nam and MAMAMOO’s Solar visit a winter-inspired theme park to have some fun in the “snow.”

When they enter a replica of an igloo, a piece of paper on the wall kindly instructs them on how “eskimos greet each other.”

Reading how there are three different types of greetings based on how close you are to the other person, the couple tries out each one step by step.

First, they smile and giggle at each other, demonstrating how supposedly two people who aren’t close would greet each other. Then, Solar sends a flying “slap” towards Eric Nam, which is supposed to mean “nice to see you again” despite how violent it usually appears to be. 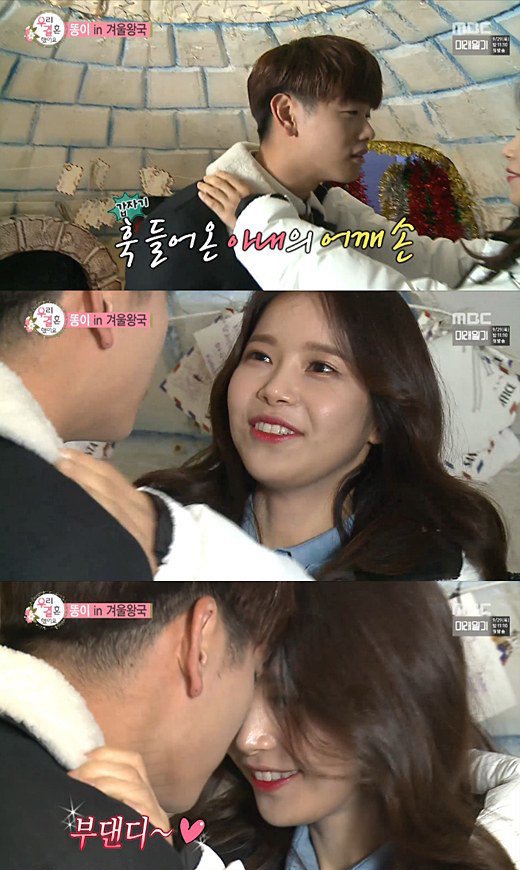 Finally, they read how an “eskimo kiss” works, or where two people affectionately rub their noses together in lieu of a greeting. While Eric Nam is still reading the paper, Solar boldly places her hands on his shoulders and brings their foreheads together.

Eric Nam impulsively kneels down to match her height, and looks like he might actually kiss her nose before they pull apart, embarrassed. As they try to laugh the suddenly awkward atmosphere away, Solar and Eric Nam continue to look adorably taken aback at their actions. 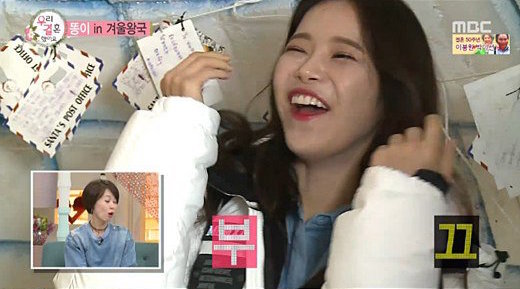 The couple also enjoy themselves in the winter wonderland as they race on various miniature bicycles and play in the fake snow.

Watch their adorable greeting as well as the rest of the episode below!