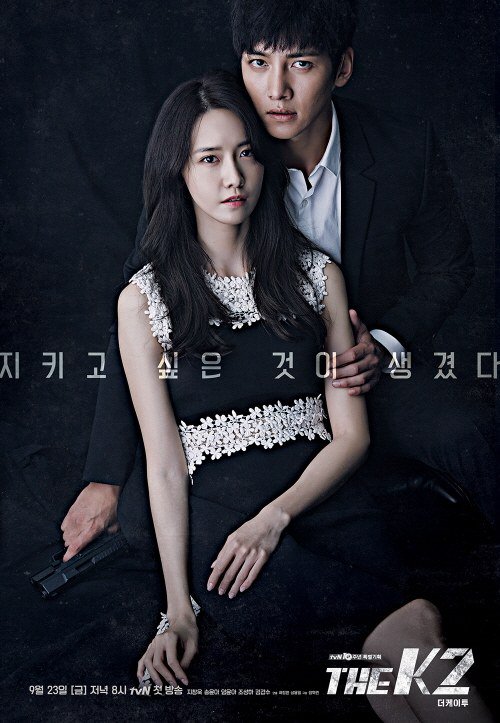 As positive reviews pour in for the first episodes of the new tvN drama “The K2,” producing director (PD) Kwak Jung Hwan has revealed just how hard the show’s two leads are working.

In a conversation with news outlet TV Report, Kwak Jung Hwan thanks everyone for their interest in the show, and asks that viewers keep watching.

There have been many comments so far about Ji Chang Wook’s impressive action skills and YoonA’s moving performance in the first episode. Kwak Jung Hwan says, “Ji Chang Wook and YoonA are actors that will become even better in the future. There is a lot of potential for development.”

“Both of them are putting their all into giving a passionate performance,” he says. “I think they’ll both receive a lot of praise for their acting in this show.”

He adds that they both have worked very hard, and says that YoonA developed bruises on her knees from the scene where she was picking up coins in the street. “They are both throwing themselves into the work, without caring about possibly getting hurt, breaking anything, or getting scraped up,” he says.

Kwak Jung Hwan also says that he was shocked by the performance of Song Yoon Ah and Jo Sung Ha in the show, adding that Jo Sung Ha lost 8 kilograms prior to filming for the role.

However, he adds that he’s worried because dramas aren’t only compared to other dramas anymore, but are held up in comparison to even films. “We put our all into filming, but I was surprised that the show was even compared to the ‘Bond’ films,” he says. “We’re doing out best while we film, but as time goes on, there are always some regrets. Still, we’ll continue to do our best.”

Ji Chang Wook
YoonA
The K2
How does this article make you feel?