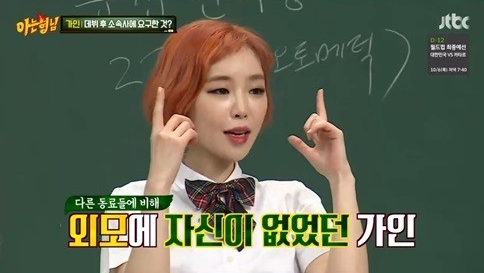 What Did Ga In Request From Her Agency When She First Debuted?

Brown Eyed Girls member Ga In reveals a request that she made of her agency, and how thankful she is that she did not get it!

On a recent episode of the JTBC variety show “Ask Us Anything,” Ga In appears as a guest and opens up about her early days in the music industry.

She gives clues for the members to guess what she’s about to reveal, saying, “It’s the first thing I requested from my agency,” and adds as a hint, “If my agency had acquiesced to it, I might not have been as popular as I am now.” The answer is revealed to be double eyelid surgery.

Ga In shares, “After I debuted, all of the other singers had long hair and double eyelids, and they looked so pretty. So I asked my agency to let me get surgery for it but I think its a relief that I didn’t.”

The members compliment her eyes, saying, “Honestly, your eyes hold a characteristic of Asian beauty, and they are what made you popular.” 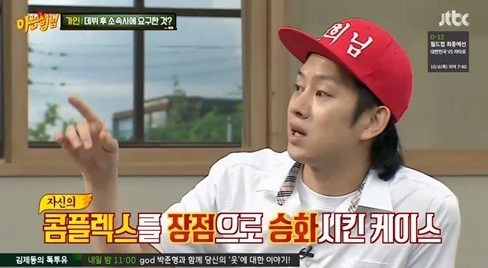 She continues, “Later, I was thankful that many people would ask me how I do my eye make up.” She then shares some of her secrets with the members, revealing her makeup tricks to make their eyes look bigger.

Ask Us Anything
Brown Eyed Girls
Ga In
How does this article make you feel?