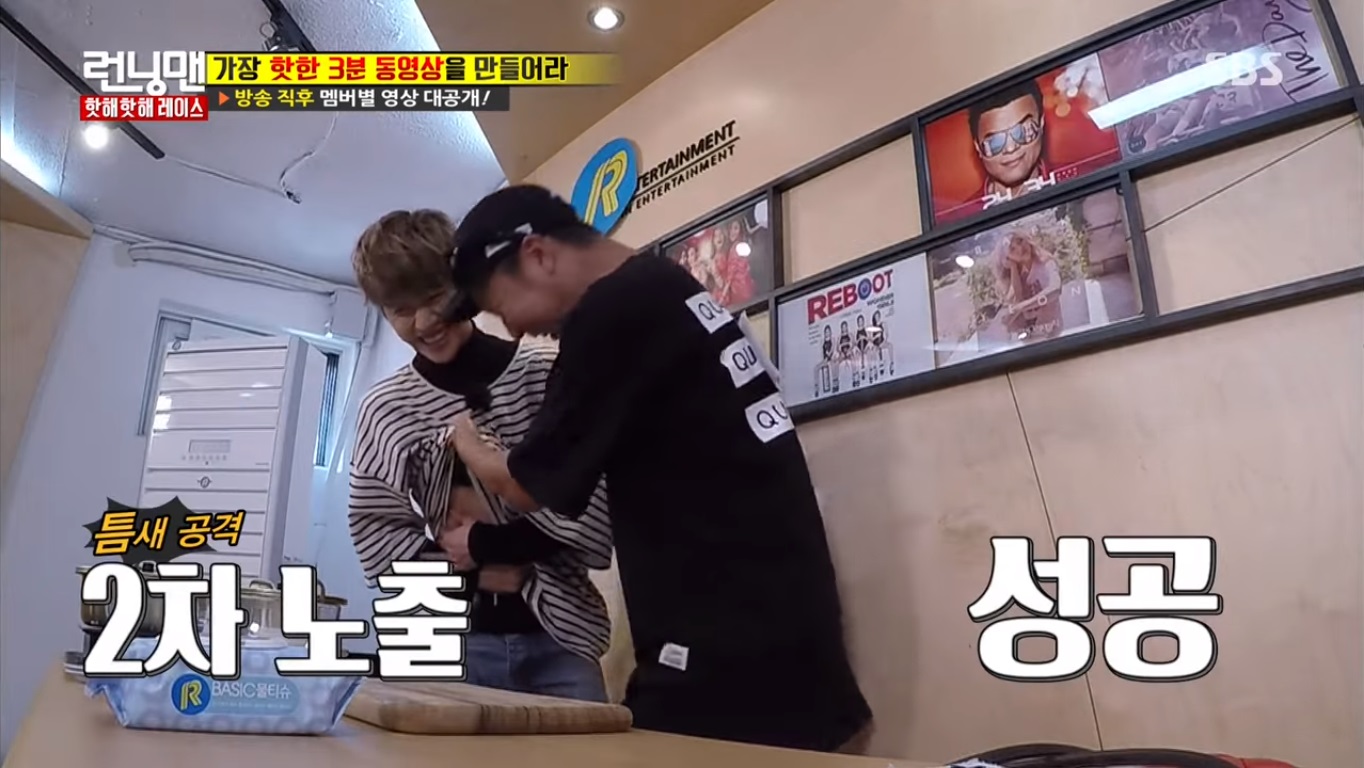 On the September 25 episode of the show, the members receive a mission to see who can produce the hottest three-minute video.

To complete the mission, Haha makes his way to the JYP Entertainment headquarters where he meets up with Mark to shoot a cooking video. Haha says, “To make the video popular, I have to put in a little MSG.”

Before they begin filming, Haha pretends to help Mark put on his microphone, but pulls up his shirt instead. He exposes Mark’s abs as planned, surprising the GOT7 member. 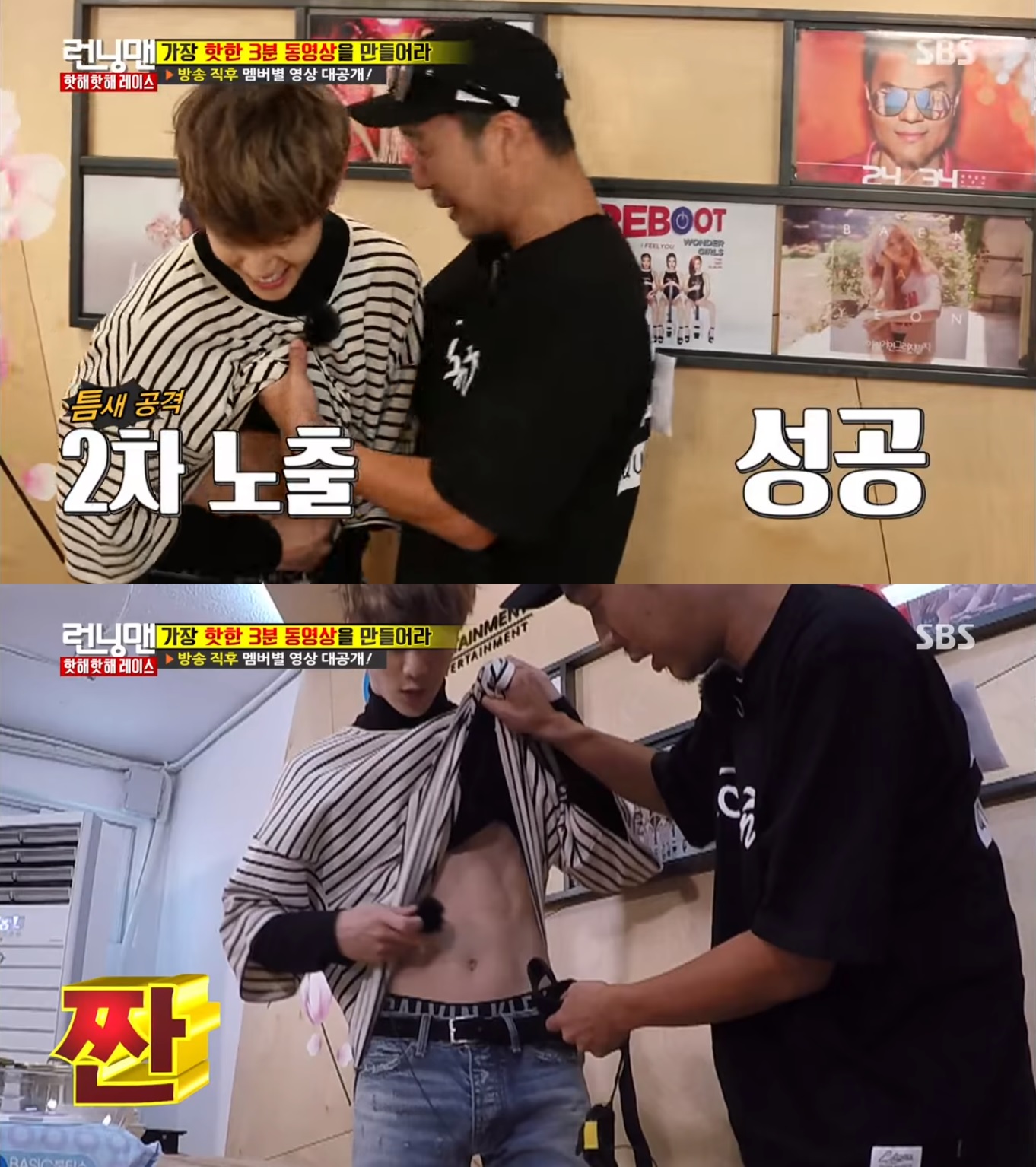 Haha then asks him where the other members are, and he answers, “They’re on vacation. I can’t go home since I have to go all the way to Los Angeles.”

Hearing this, Haha pulls Mark into an embrace to comfort him, but only to lift his shirt again, making the bashful Mark crack up for falling for Haha’s trick for the second time. 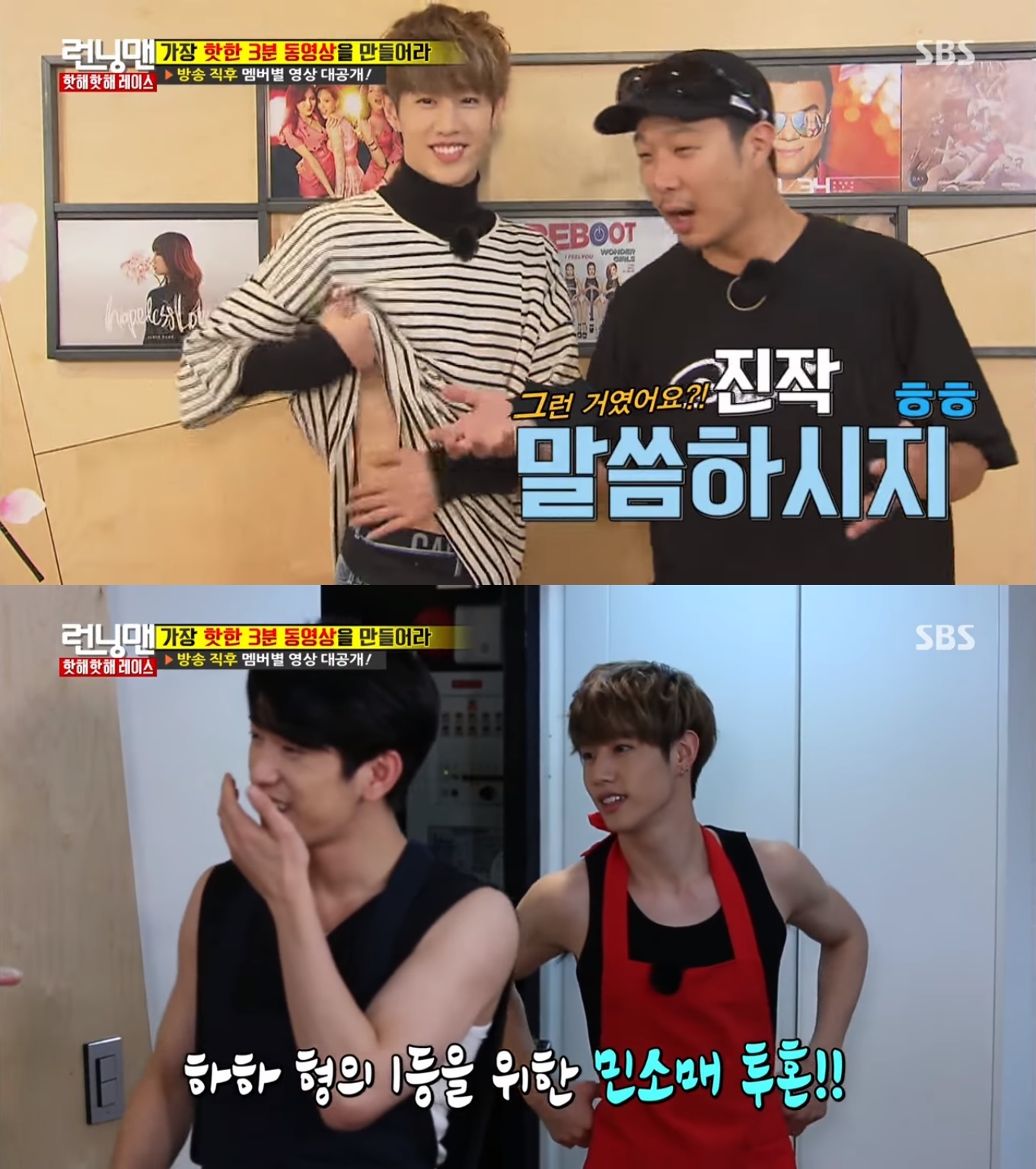 To top it off, Mark brings out member Jinyoung and the two willingly help out Haha by exposing their arms with sleeveless tops under their aprons.

Catch the “Running Man” episode below!

GOT7
Running Man
HaHa
Mark Tuan
How does this article make you feel?