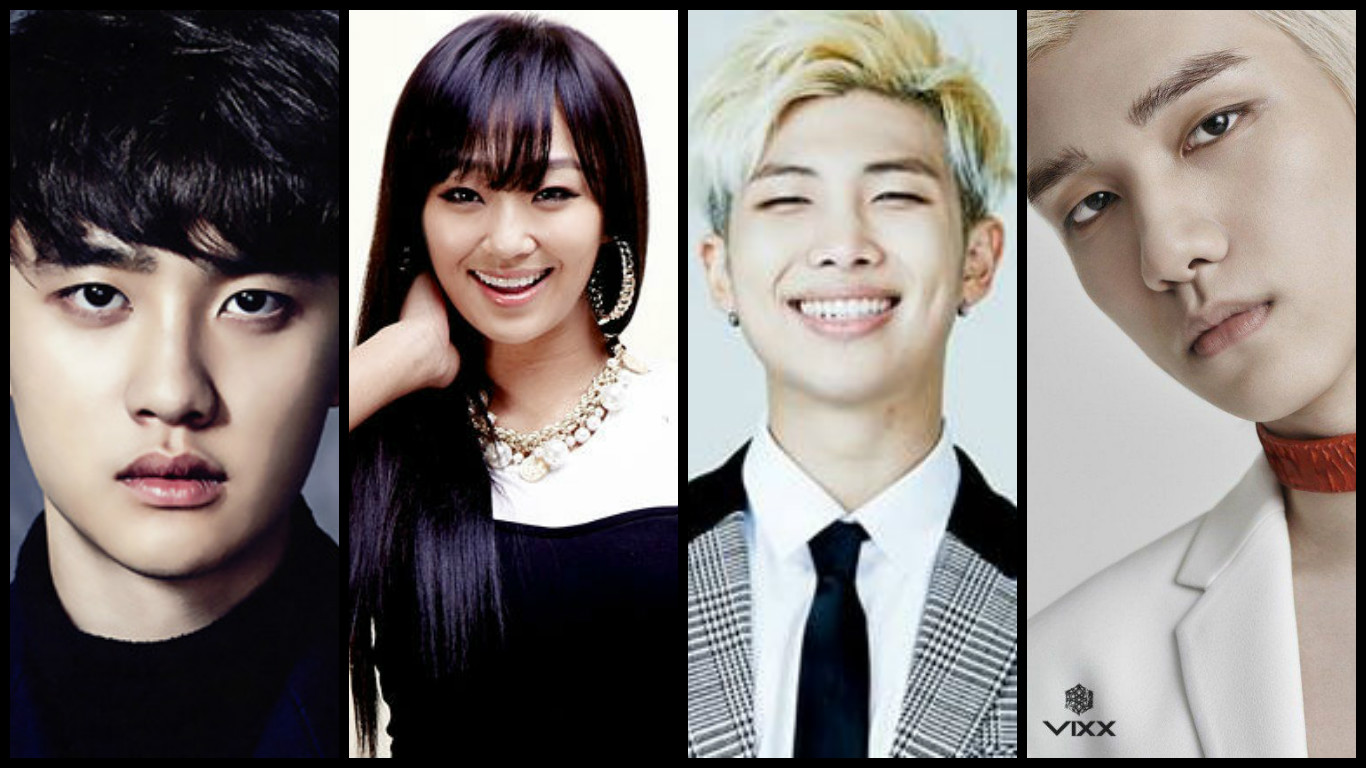 The most voraciously used vocal repertoire in the world is from the English language, so it only makes sense that our insanely talented K-pop favorites will take on these songs to show off their vocal prowess. Whether it’s Stevie Wonder or Justin Bieber, the K-pop world has tackled it. Let’s hear the top ten best English covers from the 2015 and 2016!

Hyuk – “Love Yourself” by Justin Bieber

VIXX’s maknae has certainly been making his mark in the K-pop world, and it’s only right that he’s come out with some solo material, including this lovely cover of Justin Bieber’s “Love Yourself.” He puts a softer edge on this popular tune, providing a beautiful contrast to his hard-hitting performances in the most popular VIXX concept pieces like “Hyde,” “Chained Up,” or “Fantasy.”

SISTAR’s diva and one of K-pop’s powerhouse vocalists, Hyorin, takes on world sensation Adele’s hit “Hello” in an intimate sit-down performance between her, the piano, and her audience. Hyorin’s understanding of dynamics, or the interplay of loud and soft in music, is so sensitive and accurate that she is able to build the excitement of the song in a truly rousing way. Don’t you just love how she goes husky when she’s really into it?

This duet and piano cover of popular YouTuber-turned-world-star Troye Sivan by Rap Monster and Jungkook of powerful and socially conscious K-pop sensation BTS is a potent rendition that enforces their awareness of the issues facing youth. Not only do we get to hear Rap Monster’s fluid vocals (when we normally only hear his rapid-fire raps) alongside Jungkook’s notoriously solid tenor, but we can hear two singers who are pouring their souls into the music and into the meaning behind it.

Eunji – “Listen” from the musical “Dreamgirls”

“Listen” is one of the highlights of the musical “Dreamgirls” and the song that had the world applauding Beyonce’s brilliant rendition of the song that told of one woman’s struggle to find her own path in the world. It is not an easy song to tackle, but Apink’s Eunji took it on as her solo piece and killed it. The lyrics are those that can touch any person who has struggled to find herself. The melismatic runs (those amazing long runs made up of tons of little notes) are mastered by this young singer who has most definitely found her own.

Stevie Wonder’s soul-tastic number is given a blues-y spin by “KPOP Star 5” winner Lee Soo Jung and fellow contestant Yoo Jei in an amazing duet that is sizzling with chemistry between the two young women. This version of the 1985 classic sits back in the beat so that it can showcase their individual voices and their tight harmonies. These two ladies definitely know how to play with their musical timing and keep the judges, and their internet audience completely captivated with their attitudes and wicked vocal talents.

So Hyang – “I Have Nothing” by Whitney Houston

Although not mainstream, this gospel singer has amazing penchant for high notes and vocal dexterity. Where there is a song for big voices you will find this lovely woman. “I Have Nothing” is known for its difficulty, which So Hyang cuts through like pie. Her incredible vocal maneuverability takes her from extreme highs to deep lows in seconds, whether it be in dynamics, or notes, or emotions.

What happens when you stick Chanyeol on guitar and D.O. on vocals? You get a sexy live rendition of Justin Bieber’s “Boyfriend.” Chanyeol works some solid blues guitar as D.O.’s pitch-perfect vocals make the audience go wild. And I literally mean pitch perfect: D.O. has some of the best live performance pitch accuracy I’ve ever heard. These two EXO champions sit deep into the beat, giving their version an easier feel than Justin’s, but it is just as fantastic.

Young diva Ariana Grande’s dance-pop number is morphed into a beautiful, soulful ballad by MAX & Kurt Schneider, and this is the version that Infinite’s Hoya takes on. Hoya has marvelous phrasing, he really thinks about how to start and end all of the words he speaks as well as the musical phrases. High notes are tackled with full air behind them, and Hoya proves once again that he is much more than just a fine dancer and rapper.

DAY6 is a group of well-trained and gifted musicians, and when they tackle Maroon 5’s “She Will Be Loved,” the result is a clever new take on the modern-day classic fitting the creativity of the top-notch Korean rock group. With a couple of guitars, an egg shaker, and a wooden box, and two dueting voices, we definitely feel that we will be loved.

Ken – “Rolling in the Deep” by Adele

VIXX’s main singer Ken has always had powerful vocals, which makes him the perfect candidate to take on belter Adele’s “Rolling in the Deep.” Put the man in front of an energetic audience and you get a version of the song that is memorizing. He plays with the blue notes in the music, the notes that give the melody a blues edge, in a special way that makes his version unique from the popular original. Then the song takes on a rock feel with a rockin’ guitar lick and Ken goes crazy with runs that run from the top of his register to the bottom. It’s safe to say: We love you, Ken. Please send us more English covers.

Which is your favorite English language cover by a K-pop artist, Soompiers? Is it one of the covers on this list or another awesome cover?