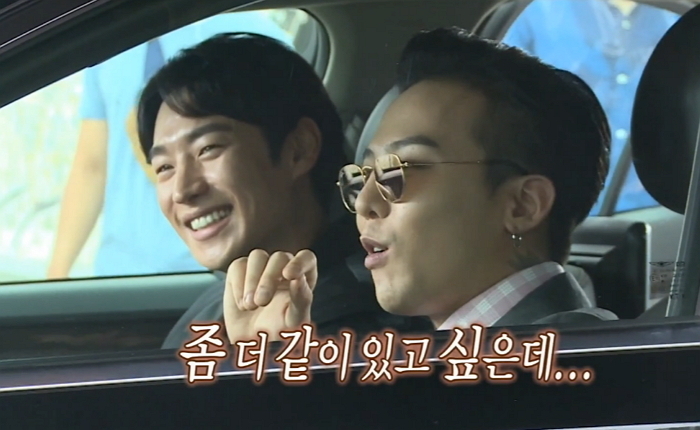 Lee Je Hoon Proves To Be Quite The G-Dragon Fanboy

Actor Lee Je Hoon continues to show his hidden fanboy side as he brags about meeting G-Dragon to his fans!

On September 24, Lee Je Hoon held a fan meeting with 1,600 of his fans. He displayed a wide array of talents to his fans, even singing a song for them.

He also took the time to talk about his time on “Infinite Challenge” when they filmed their special entitled “Muhan Company.“

He revealed, “I was always a fan of BIGBANG but I didn’t know that G-Dragon was going to be on the ‘Muhan Company’ special. I was so shocked when I heard about it on set during the filming.”

He continued, in an excited voice, “G-Dragon told me that he is enlisting in the army next year and so suddenly, I wanted to attend their concert. He invited me to come to their concert and so thanks to ‘‘Infinite Challenge,’ I was able to attend and I was so happy.”

When asked if the two of them frequently text each other, he shyly replied, “Yes, we do. The last thing we said was ‘Fighting!’ to each other.”

Isn’t his fanboying so cute?

BIGBANG
G-Dragon
Lee Je Hoon
How does this article make you feel?