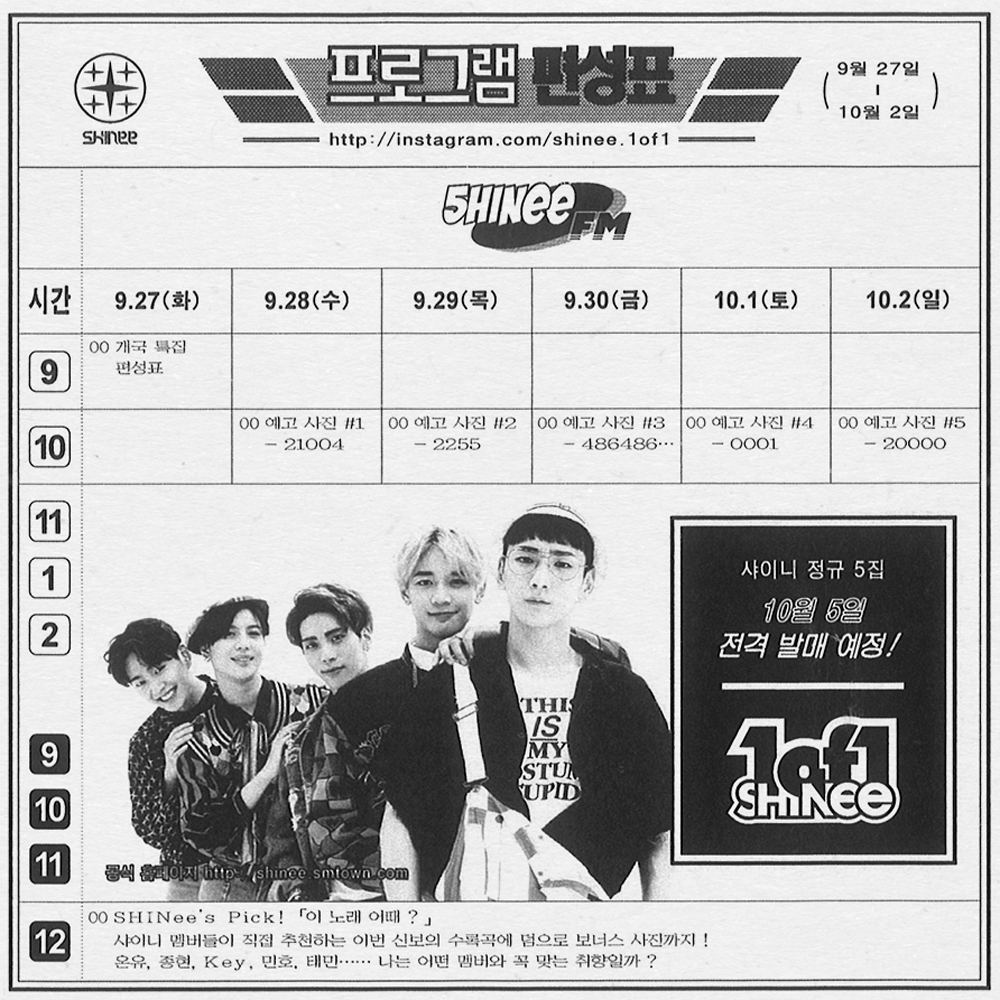 SHINee will soon be making their return with their fifth full album!

On September 27 at 9 a.m. KST, the five-member group shared a comeback schedule for this week that announces that the group will be making their return on October 5 with their new album, entitled “1 of 1.” The schedule also includes the title “5hinee FM,” which ties in with the retro radio show schedule theme of the calendar.

According to SM Entertainment, the group will also be introducing the songs on their album every night at midnight KST via their Instagram, and according to the schedule we’ll be getting “bonus photos” then as well!

SHINee previously released a teaser image of an old school Internet Explorer browser on a search engine entitled “1of1 SHINee” on September 27 at midnight KST, as well as launched their new Instagram account.

SHINee made their debut in 2008 with their first mini album “Replay,” and has gone on to release four full Korean albums, five mini albums, and much more. Their most recent comeback was with “Married to the Music,” which was released in August of 2015.

Are you excited for this return from SHINee?