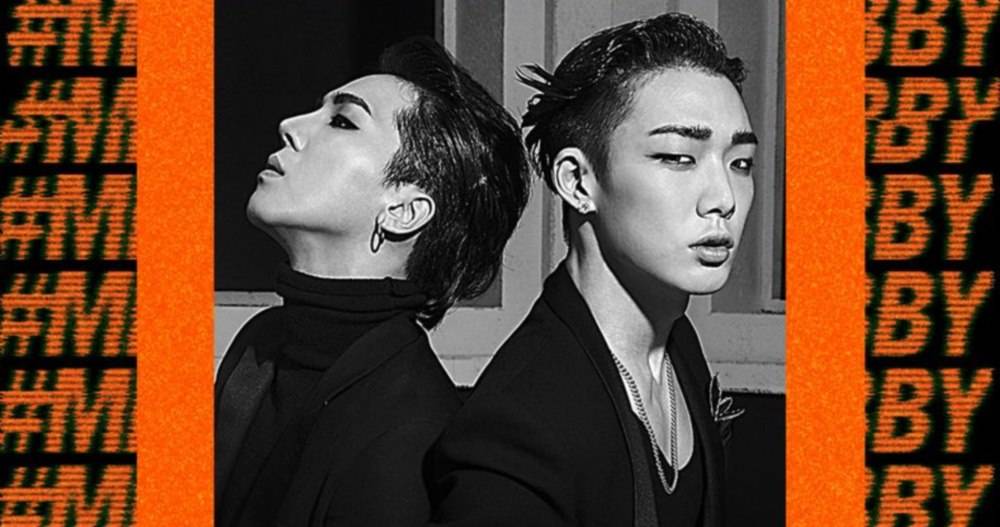 In a recent interview with iKON’s Bobby and WINNER’s Song Mino, who recently debuted both as solo artists and as a new unit pair, the two rappers dished about this new milestone in their careers.

Song Mino revealed that there are other members of WINNER who want to go solo too. Kang Seung Yoon, especially, was on his case about it, he said. “Every time [Bobby and I] were working on music for MOBB, [Kang Seung Yoon] would hound me, saying that we need to make music quickly and promote so he can release music again (laughs).” Song Mino said Kang Seung Yoon came to support the duo at the their music video filming. “After our parents, our fellow members are the ones to support us the most.”

Bobby continued, “We’re really close, and we work well together, so there weren’t any particular issues.”

However, they weren’t without differences in opinion. Mino said, “We’re close, but we each definitely have a particular musical direction that we prefer. Everytime we came to a disagreement, we’d hear each other out and come to a compromise. As we worked together this way, we ended up with a better result than we had imagined individually.”

Bobby talked about the process of getting approval from Yang Hyun Suk. He said, “We’ve never gotten an okay the first time we play a song for Yang Hyun Suk. At the very least, he asks us to change a word. Because when it comes to music, he’s very astute. I ended up reworking ‘HOLUP!’ more than twice. But Yang Hyun Suk never nagged. He has expectations of us, and that’s why he says what he does. We believe that as he gives us more suggestions, the songs get closer to perfection.”

When asked about their chart results for their unit and solo releases, MOBB said, “Charts are important, but what we really feel now is that there is so much music that we want to make. We want to do everything from traditional hip hop to pure love songs. We think it’s a priority to find that happy middle between the music we want to make and what the masses want.”

Song Mino
Bobby
MOBB
How does this article make you feel?