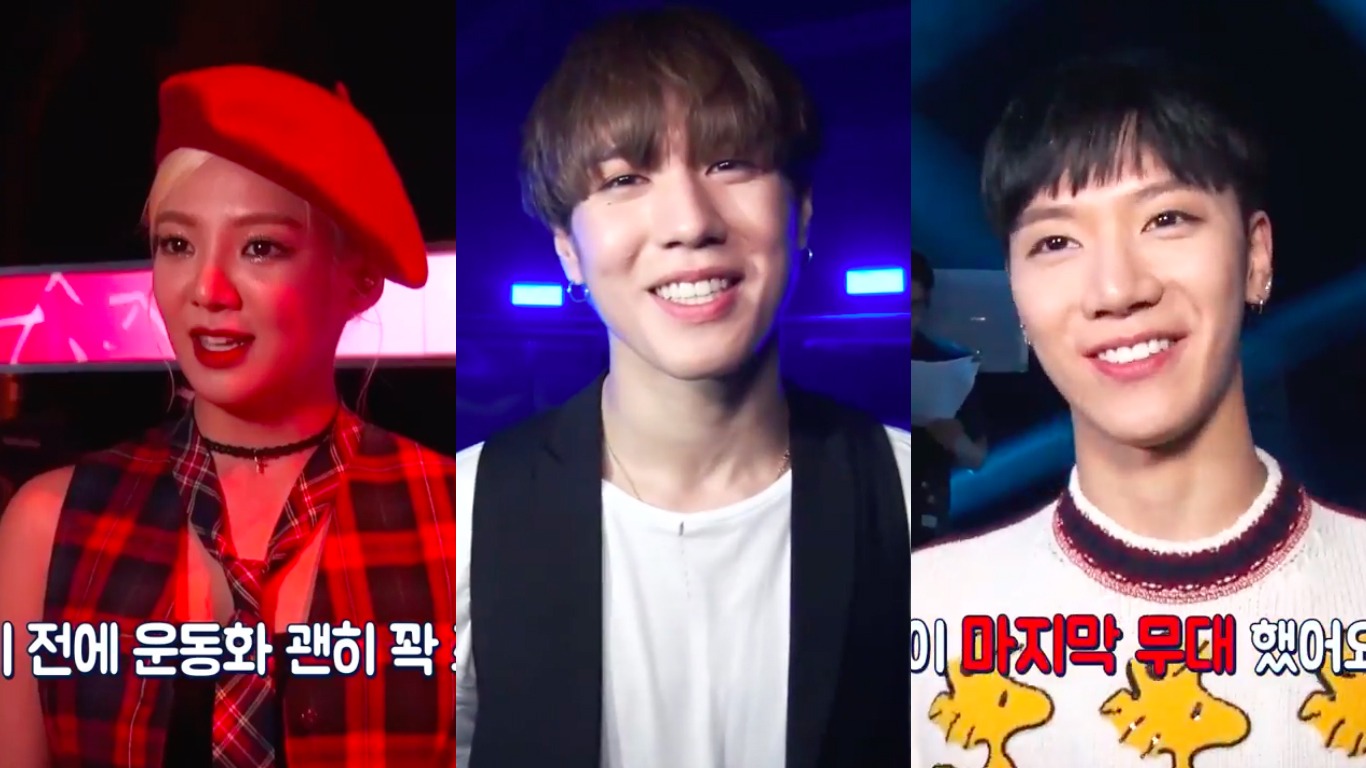 Watch: Hyoyeon, Yugyeom, Ten, And More Share Their Feelings Ahead Of “Hit The Stage” Season Finale

On September 27, Mnet shared a sneak peek at the upcoming season finale of “Hit the Stage”!

In the newly released preview video, the contestants who will be performing in the finale talk about how they’re feeling as they rehearse for their performances. MONSTA X’s Shownu says, “I’m very nervous because it’s the last performance. Because it’s the last one, I think I have to do a good job without any mistakes.”

“This is the first time I’ve tried to do this genre and style, so it makes me want to do well even more,” comments I.O.I’s Chungha. “It’s also too bad that it’s the final one, as I wanted to do a lot of different things, but I’m excited for season two of ‘Hit the Stage.'”

GOT7’s Yugyeom says, “It’s a shame that it’s the finale, but I think I’ve done my absolute best to work hard and prepare.” Block B’s U-Kwon says that it was a great experience for him to get to work with his dancing partner Rie Hata, and he learned a lot from her.

After Girls Generation’s Hyoyeon prepares to take the stage by tying up her shoelaces, she says, “It’s like when you’re lacing up your running shoes really tight for no reason before you go on a run. It feels like that. I want to enjoy the last time!”

NCT’s Ten says, “Work hard today!” and cutely bows, and then we see him worrying that his sweater is riding up when he lifts his arms up during the dance, before talking about doing his finale performance on the show. “It’s a shame but… what’s the word I learned? Bittersweet! It was bittersweet,” he says with a smile.

The season finale of “Hit the Stage” will be airing at 11 p.m. KST on September 28. Who are you hoping will take home the final first place trophy this season?