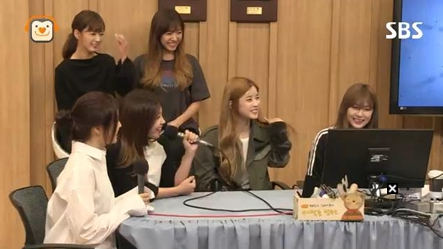 Apink Shares Why They Live In Separate Dorms On “Cultwo Show”

Apink appears as a guest on SBS Power FM’s “Cultwo Show,” where the members talk about why they don’t all live together anymore.

During the broadcast, DJ Jung Chan Woo asks the question, “Is there a reason why you live separately?”

In response, the members reply, “All six of us originally lived together, but because we had too much stuff and it was never organized, we decided to move into a building where we lived on separate floors.”

Then Jung Chan Woo comments, “How did you divide the roommates?” to which Apink responds that it was divided as Park Chorong, Yoon Bomi, and Nam Joo in one group, then Hayoung, Jung Eun Ji, Son Naeun in the other.