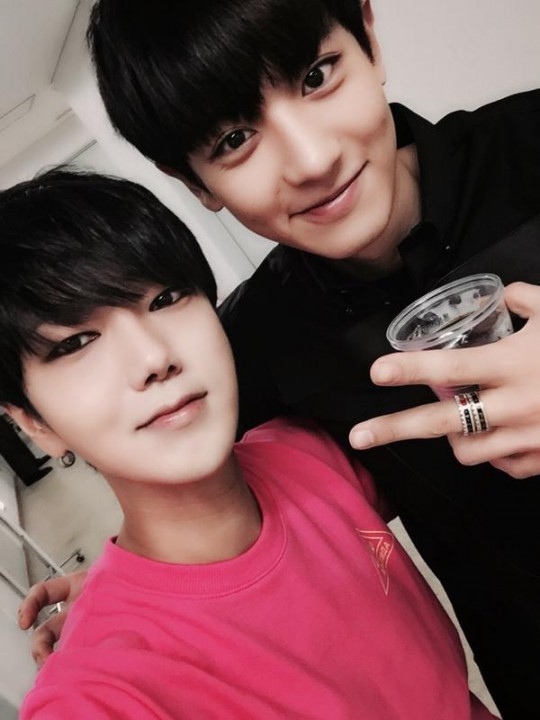 On September 28, EXO’s Chanyeol and Super Junior’s Yesung posted matching photos of each other on Instagram and made it be known that they want to go on the web series “Celebrity Bromance” together!

Chanyeol posted a photo to his Instagram of Yesung with the caption, “Celebrity B …” and then an emoji of a monkey covering its mouth. He writes in the hashtags, “Will we be able to do it soon?” and adds the first syllable of the word “Casting.”

Yesung then shared a photo of Chanyeol with the caption, “Romance…” and the same monkey emoji. “Is it really possible?” he writes in the hashtags, and then adds the second syllable of “Casting.”

The pair both hilariously tagged each other’s Instagrams on their nostrils in the photos. Yesung also commented on Chanyeol’s post to ask, “When will it be?”

There hasn’t been a new episode of “Celebrity Bromance” since the show’s Chuseok special earlier this month, so if they’re looking for two stars to follow next, these two would be perfect!

The guys are of course SM Entertainment label mates, and Chanyeol featured on the track “Confession” on Yesung’s solo mini album “Here I Am” earlier this year.

Would you like to see this pair of bros on “Celebrity Bromance”?