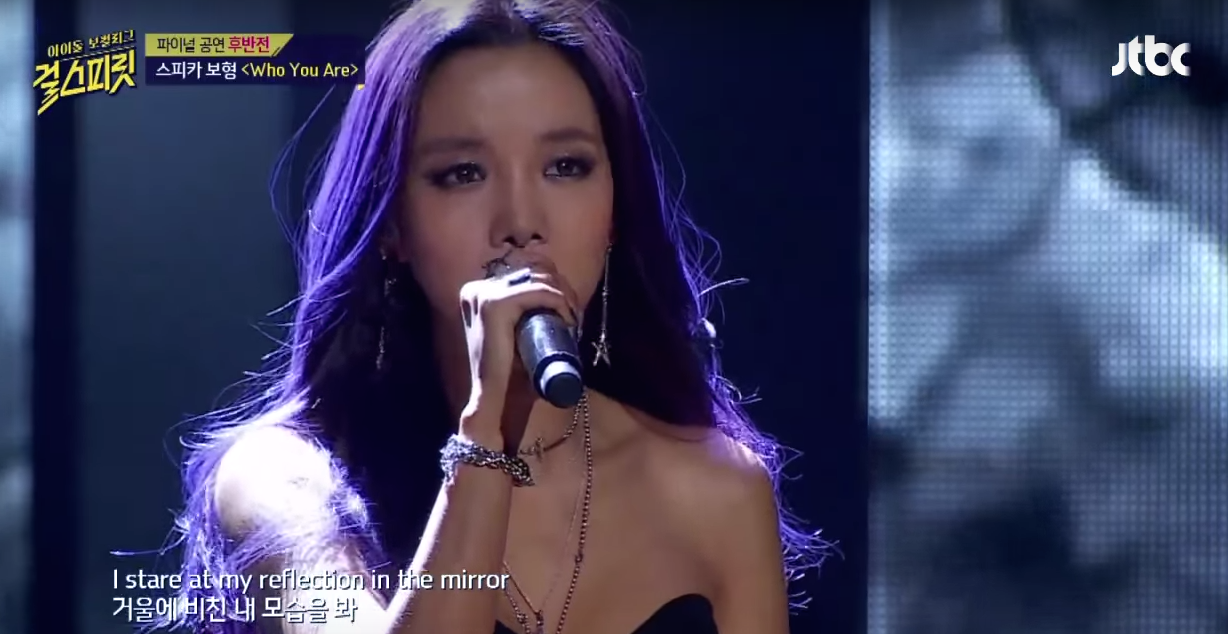 Spica’s Bohyung Reveals Her Thoughts On A Potential Solo Debut

Following her success on JTBC’s “Girl Spirit,” Spica’s Bohyung candidly talks about the idea of a solo debut in an interview conducted by Star News on September 28.

She states, “I want to thoroughly try when the time comes as opposed to being greedy for a solo [right now]. I believe that the right time has to be come. I think that when I’m ready and the timing is right, I can appear [as a solo],” emphasizing that she wants to hone her talents more.

Bohyung further explains that she believes she is still lacking at this point, and only wants to take on the challenge of a solo debut when she is satisfied with herself.

The singer recently showcased the potential she has as a soloist through her appearance on “Girl Spirit,” where she ended up taking the ultimate win on yesterday’s final episode.

While she may not have plans to go solo in the near future, Bohyung does reveal that she would like to try her hand at hip-hop if she were to release an album.

What genre do you think she should also attempt?

Bohyung
SPICA
How does this article make you feel?