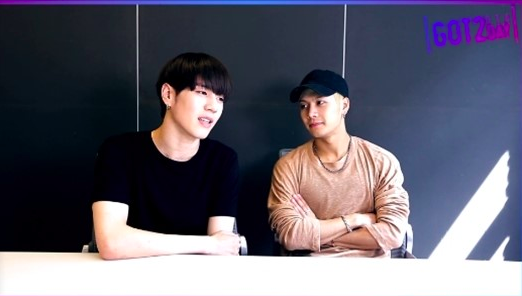 On September 30, GOT7’s Jackson and Yugyeom met up with their fans through the Naver V live broadcast “GOT2DAY 2016.”

During the broadcast, Yugyeom revealed that Jackson had nothing but praise for his performance on Mnet’s “Hit the Stage.” “He saw my performance and kept bragging about it to producer Park Jin Young,” he said. “And when we do things like a dance break, Jackson is always saying I should be the center and telling me to stand in the middle.”

Jackson said, “I’m not trying to push you forward. I think that all seven members of GOT7 dance well, but the person who is the best onstage should stand in the middle.”

GOT7
Jackson
Yugyeom
Hit the Stage
How does this article make you feel?