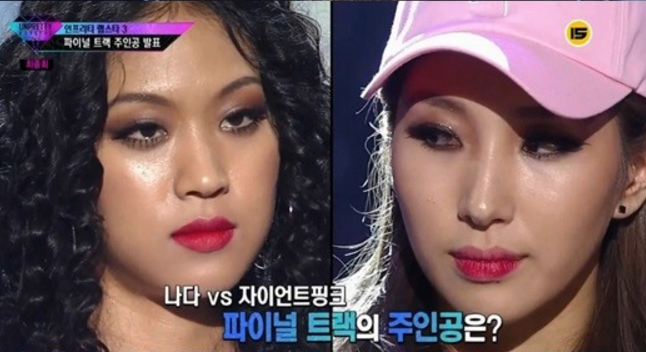 The September 30 episode marked the finale of Mnet’s “Unpretty Rapstar 3” and crowned the winner of the third season.

First, the semi-final battle between Ash-B and Giant Pink took place. Giant Pink takes the win and moves on to the finals with Nada.

The first part of the final battle involves performing a song of their that they previously performed on the show. Nada performs “Nothing” and Giant Pink performs “Make Money.”

Round 1 gives Nada 131 votes and Giant Pink 166 votes. Round 2 is a joint performance. The final producer is revealed as Dok2 and the two finalists rap his track together. 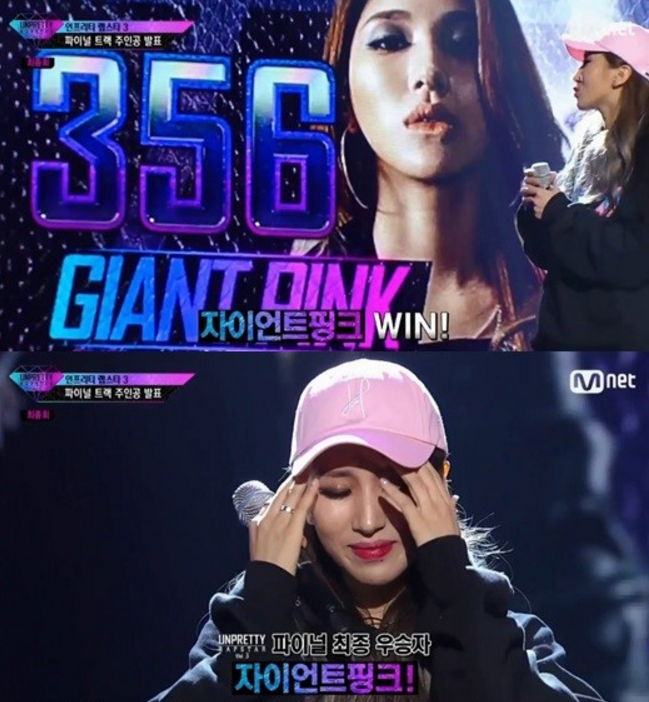 This final performance results in Giant Pink winning with 356 votes.

Unpretty Rapstar
Nada
Giant Pink
How does this article make you feel?