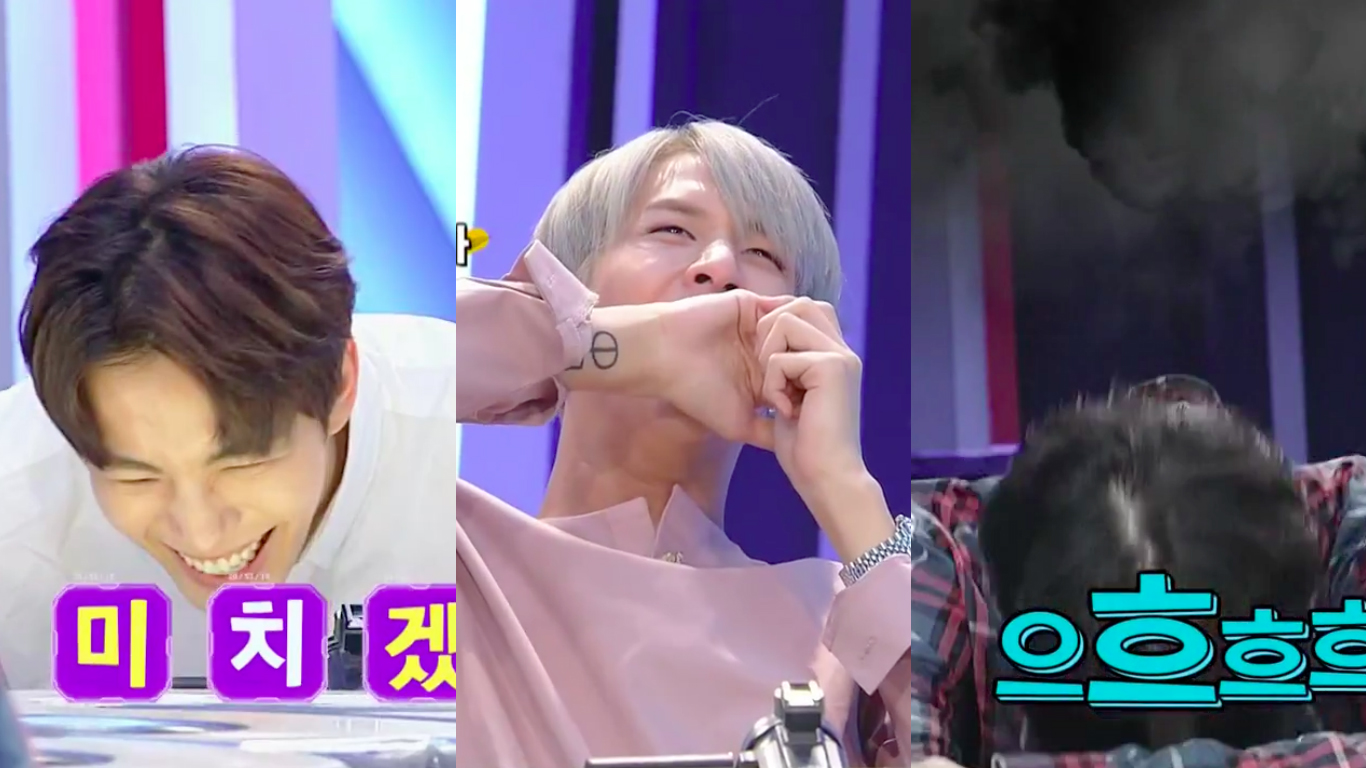 VIXX can’t believe it when the hosts of “Star Show 360” pull out photos of a performance they’d rather forget on their latest episode!

VIXX’s interview on the new variety and talk show “Star Show 360” continues in October 3’s episode, with hosts Leeteuk and Tak Jae Hoon continuing to tease out some of VIXX’s best stories. This includes showing the guys some photos they’ve dug up, starting with one of Hongbin with messy, long hair from their debut period, which Hyuk says was deemed a “peasant uprising look” by other artists. 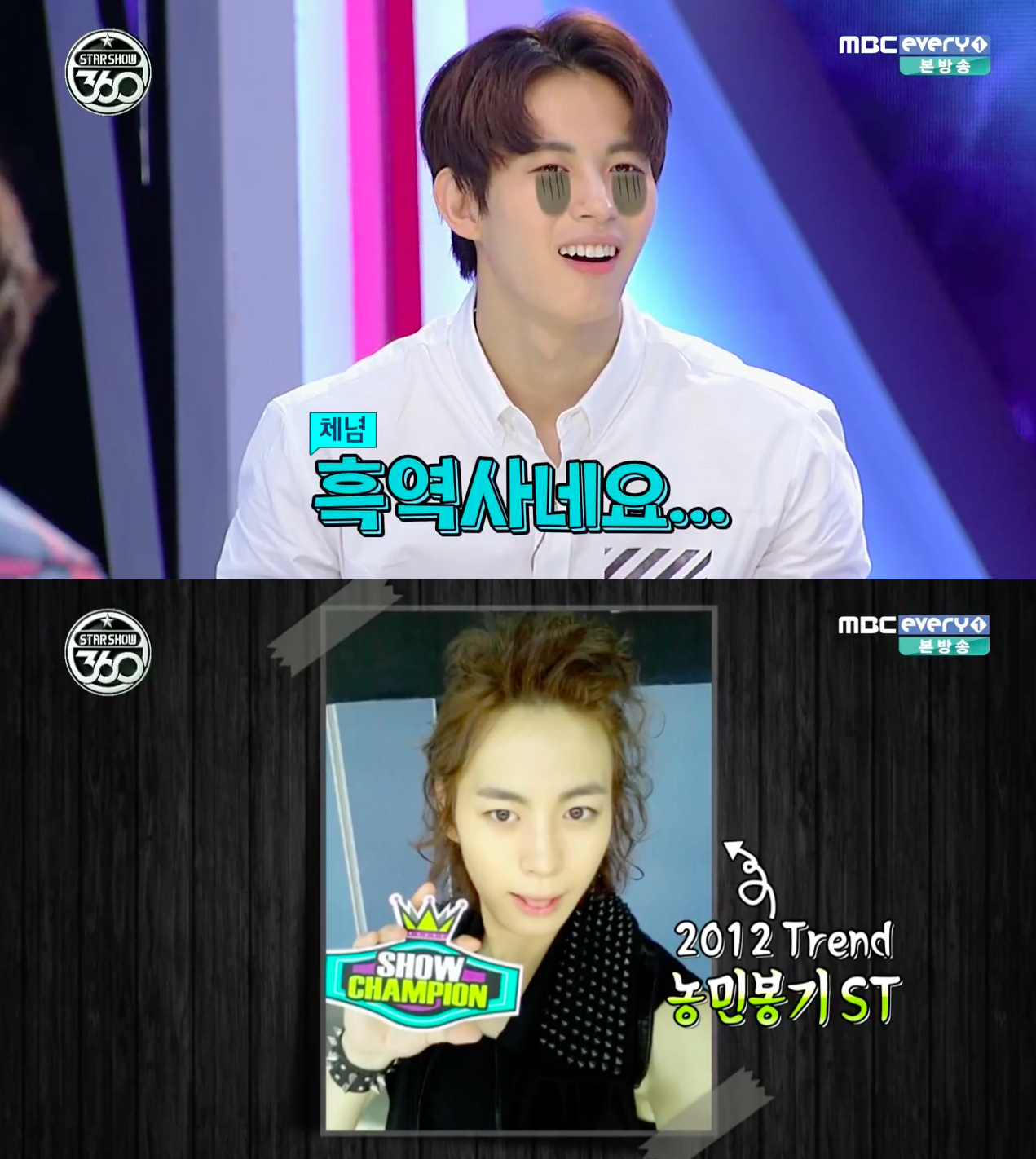 Tak Jae Hoon then looks at the other photos in his pile, and when Hongbin catches a glimpse of one, he yells “Oh geez!” and then laughs. 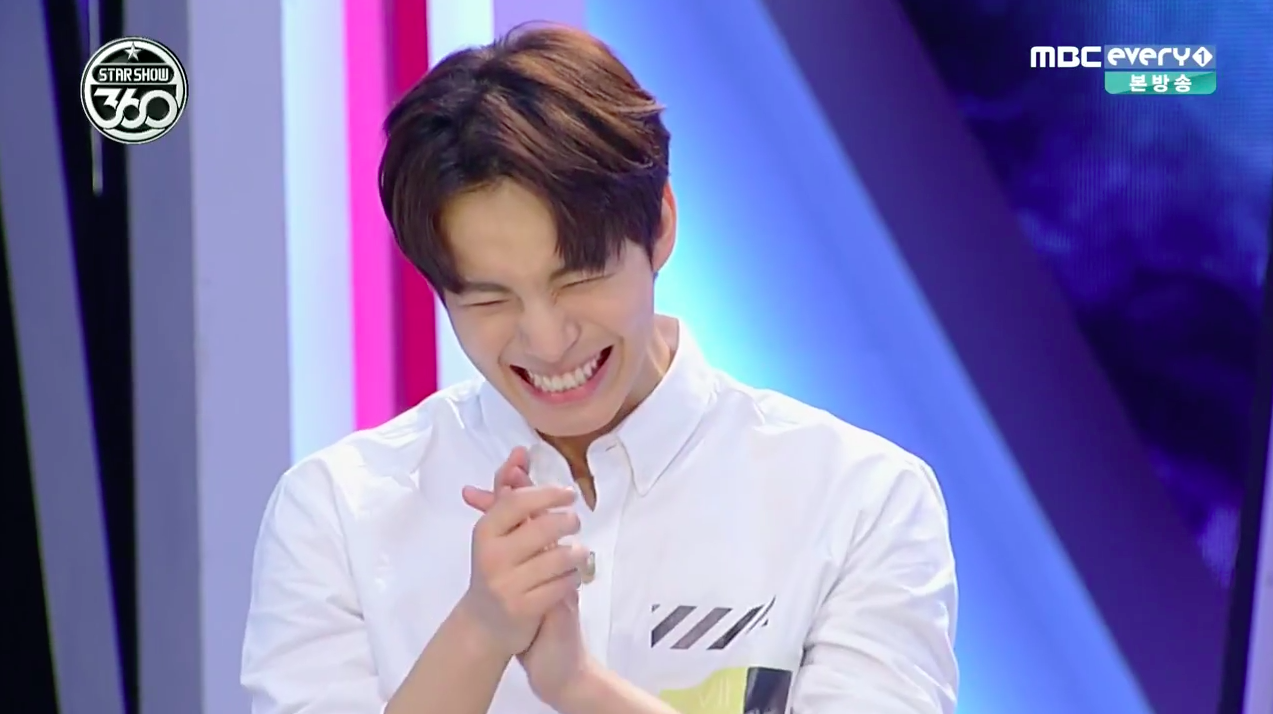 Tak Jae Hoon then lifts up the photo in question, which is of Leo with black lipstick and long hair, and jokes, “I think he’s come to take someone to the afterlife.” Leo laughs and hides his head in his arms on the table. 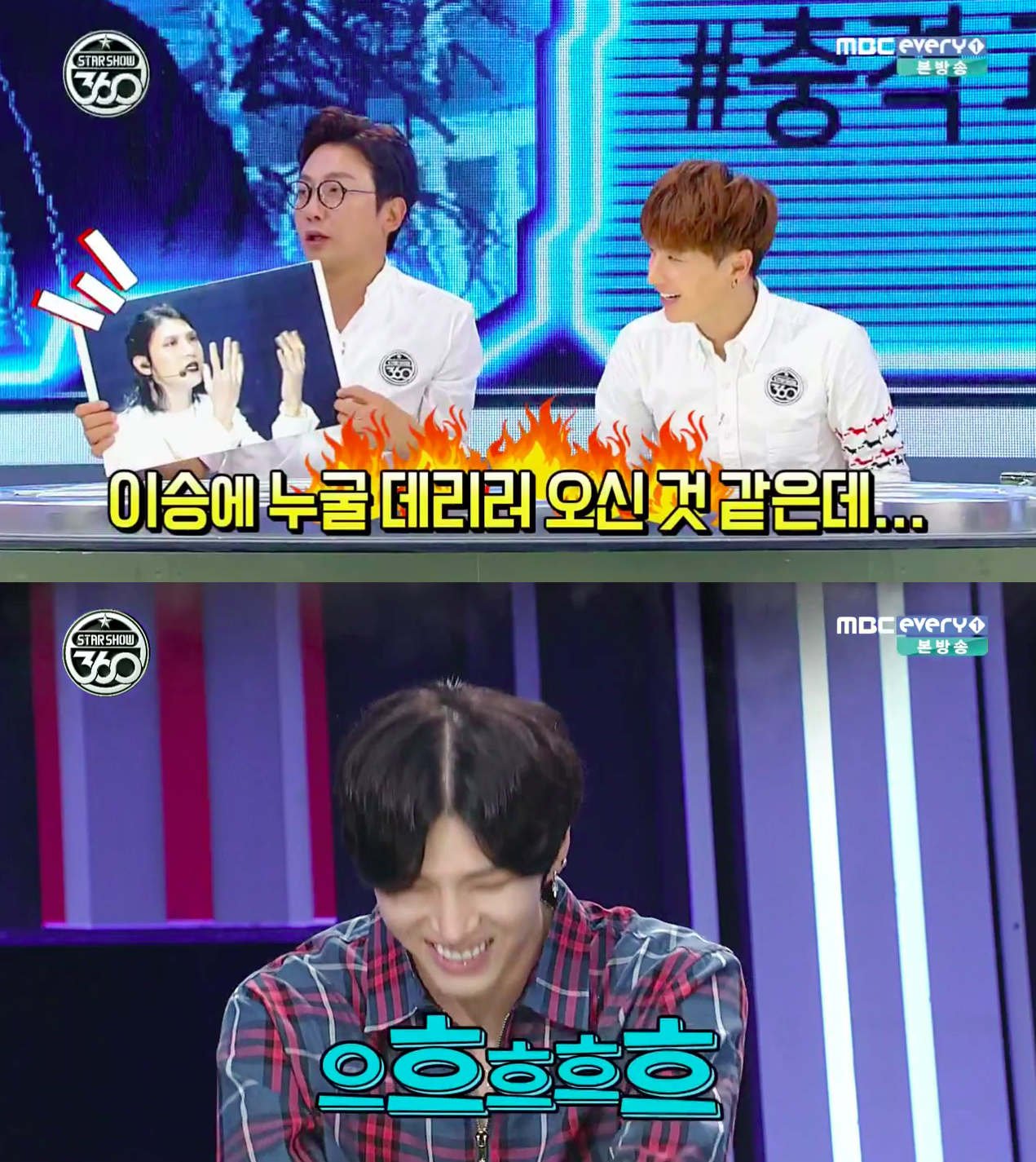 Tak Jae Hoon looks over at Leo and asks him if it’s him, but Leo squints and says, “I’m not sure.” Leeteuk says it is, but Leo keeps trying to deny it. Tak Jae Hoon’s not falling for it, and makes Leo hold his hands up in the same way as he’s doing in the photo, which makes them sure it’s him. 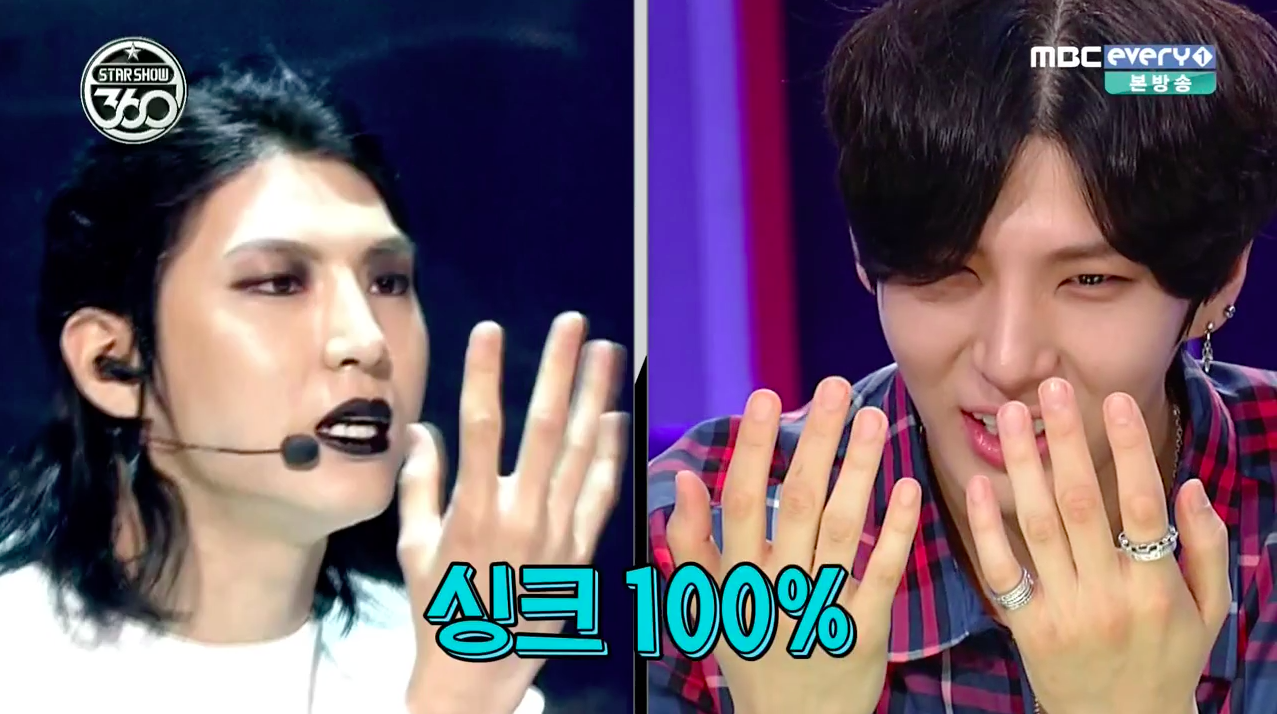 Hongbin’s photo from the performance is up next, and Tak Jae Hoon cracks up the guys by joking as he holds it up, “Tell your agency president to come here.” 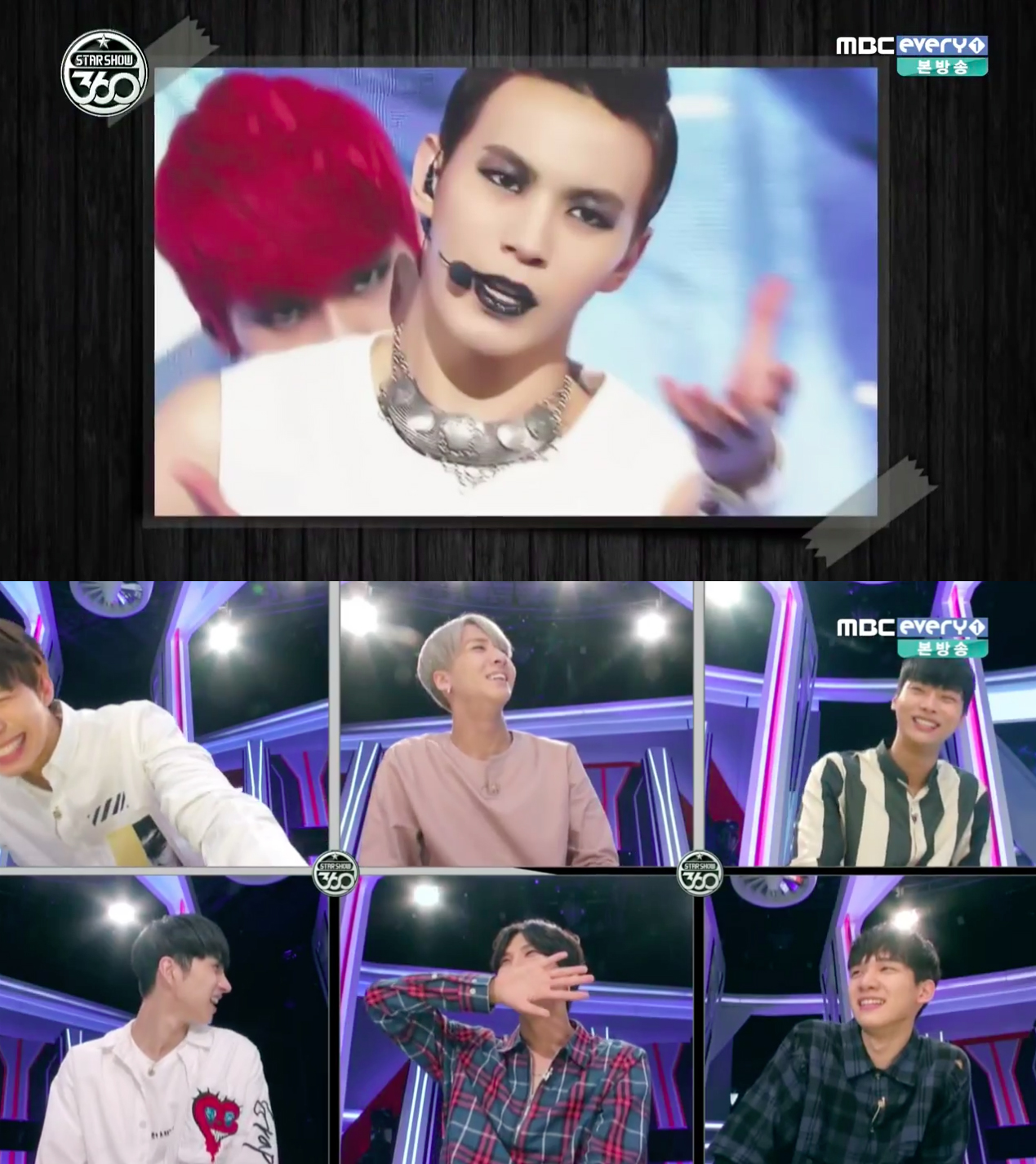 Ravi explains that they had been trying new things with their makeup when they were promoting with a concept inspired by “Strange Case of Dr. Jekyll and Mr. Hyde” for “Hyde,” and N adds that the decision was made five minutes before they went on stage. Ravi says they were known as the “jjajangmyeon idols” because it looked like they’d eaten the dark and messy black bean noodles before they went on stage.

“You don’t look very healthy! Weren’t your parents surprised?” asks Leeteuk. Hongbin admits with a laugh, “My mother usually puts one of our photos up as her profile photo when we’re promoting. When we were promoting this album, the photos weren’t on her profile.” Ken then jumps in to add vehemently, “We never do that [anymore]!” 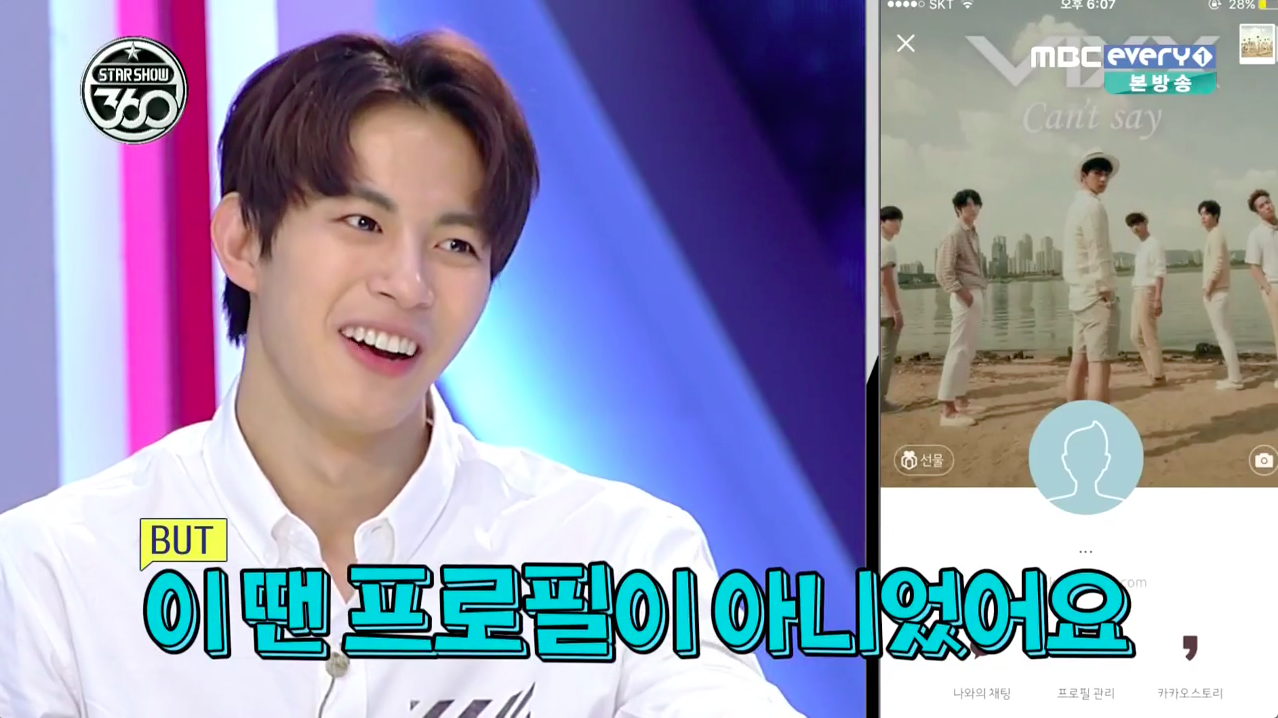 And if you want to see this famous performance for yourself, check it out here before VIXX finds a way to erase it from history.