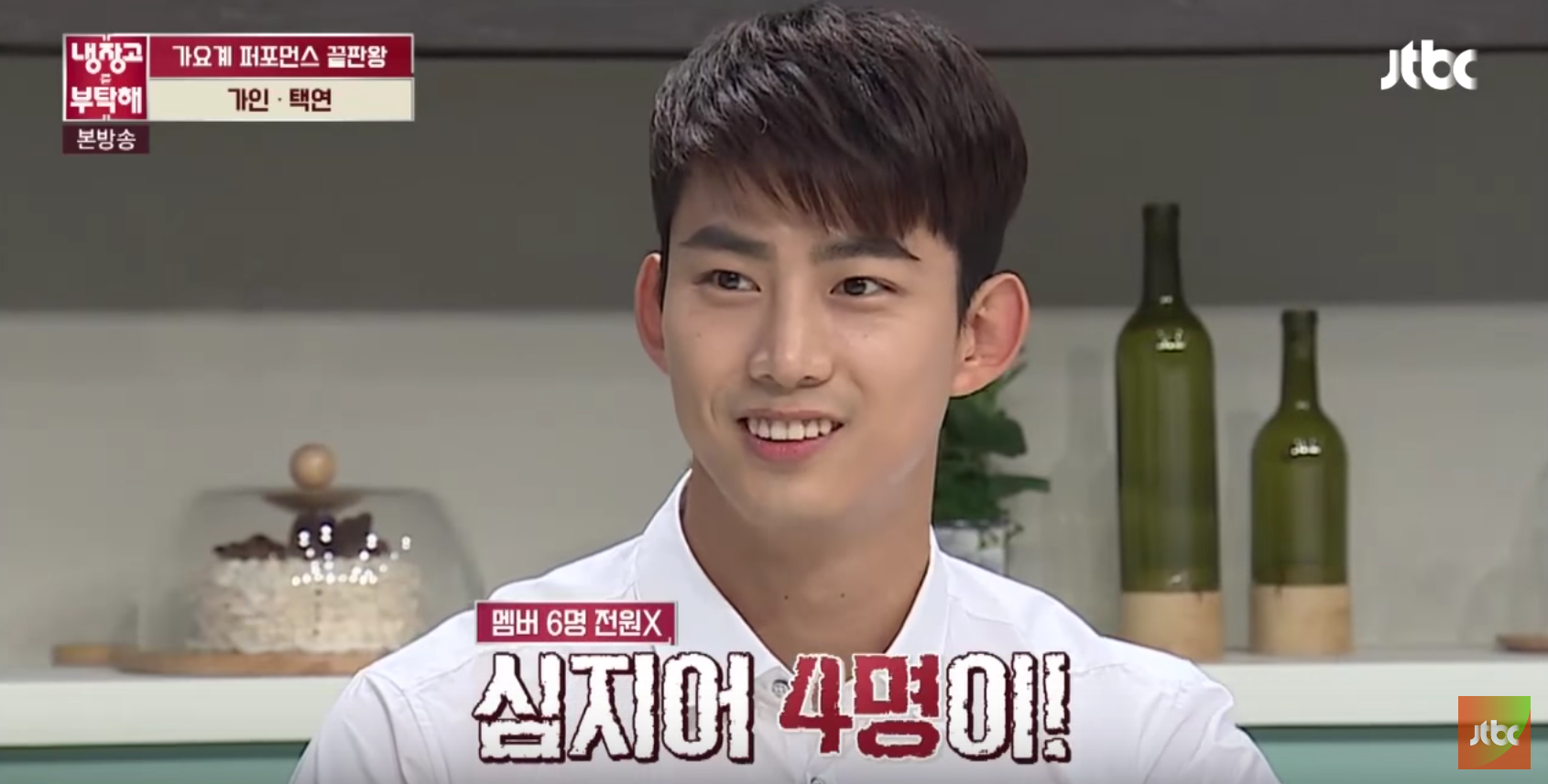 Watch: Just How Much Does It Cost To Feed 2PM’s Beastly Appetites?

The original “beast” idol group 2PM proves that it is no small feat to buy them food!

Taecyeon of 2PM and Ga In of Brown Eyed Girls are the guests on the October 3 episode of JTBC variety show “Please Take Care Of My Refrigerator.”

On this episode, MC Kim Sung Joo asks Taecyeon about a rumor that 2PM once ate one million won’s (approximately $906 USD) worth of Korean BBQ. The chefs on the show are astounded and think that he is joking.

Taecyeon, however, shocks them even more by not only acknowledging that the rumor is true but that it was with just four members!

He says, “There was a time when we were known as the beast idols, and we were really working out a lot. It was as if we were a bunch of high school boys in P.E. We ate like we were crazy.”

Ga In confirms this and shares about a time when she once witnessed them eating. She says, “One time, I saw them eat a hundred lamb kabobs,” as Taecyeon adds, “I ate 40 by myself..”

Support the artist by buying Gentlemen's Game from YesAsia
Please Take Care of My Refrigerator
2PM
Taecyeon
How does this article make you feel?