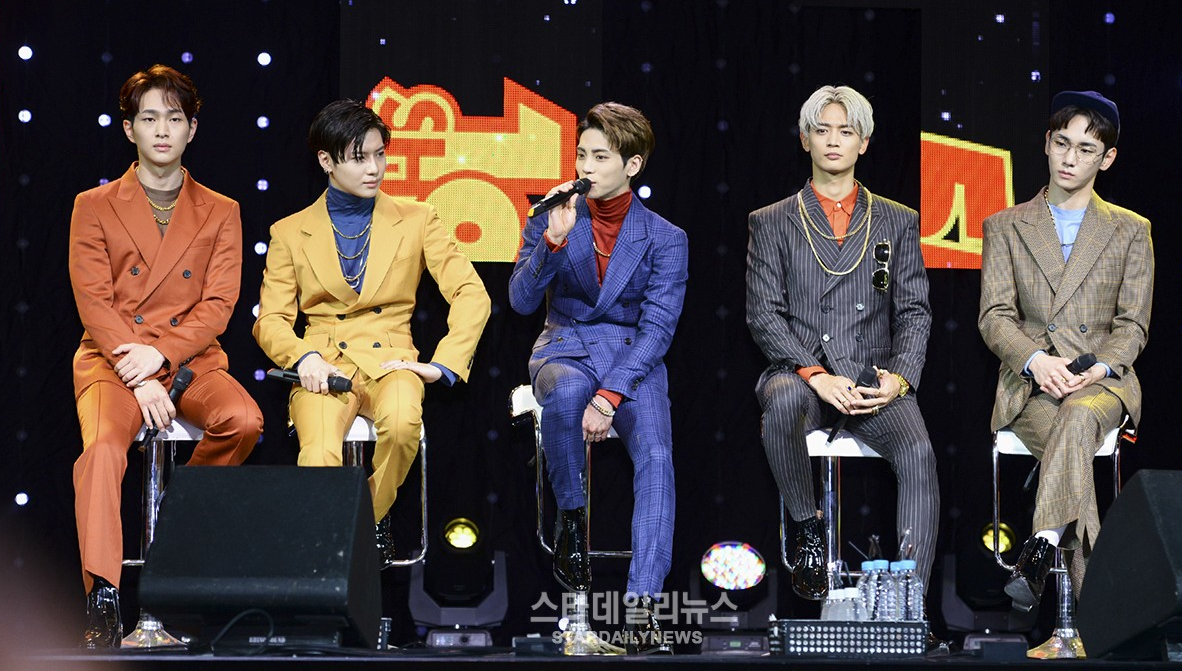 SHINee Talks About Comeback Choreography And Names Their “1 Of 1”

On October 4, SHINee held a showcase for their upcoming album “1 of 1” where they performed their new track. Girls’ Generation’s Sooyoung acted as an MC during the event!

When the group was asked to name their “1 of 1,” Onew replied, “It’s my family, the fans, the members, and the people around me.” Taemin responded, “Though the song talks about a lover, I think my ‘1 of 1’ is myself.” Jonghyun responded with “Family,” while Minho said, “My members and my fans. When we were practicing, I received strength from the members in order to stand on the stage together, and we were able to return with a perfect energy because of the encouragement from fans.” Finally Key answered, “There are many things but currently my ‘1 of 1’ is promoting.”

SHINee’s title track “1 of 1” is a track that embodies a 90s feel and incorporates the new jack swing genre and an R&B melody. It is set to release on October 4 at midnight KST.

SHINee
Star Daily News
How does this article make you feel?