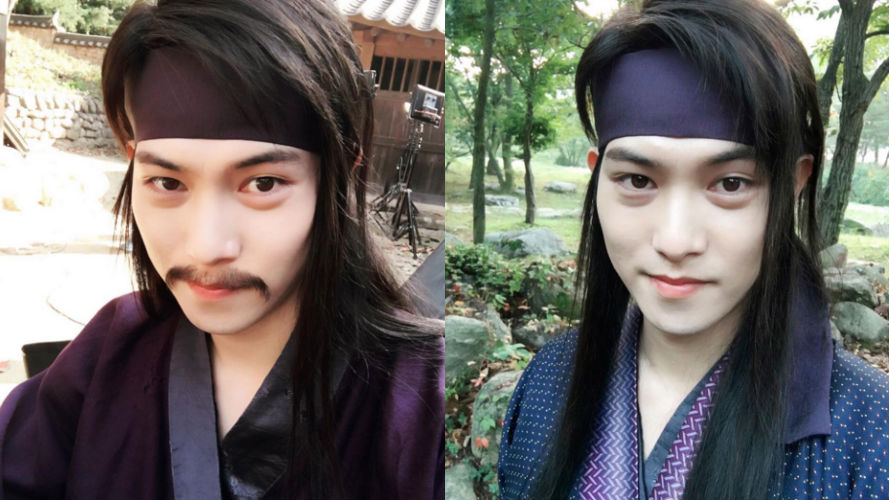 CNBLUE’s Lee Jong Hyun continues to take pictures on the set of his upcoming drama!

Since the announcement of the singer’s role in the drama “My Only Love Song,” Lee Jong Hyun has uploaded pictures with his co-stars Gong Seung Yeon and Lee Jae Jin onto his personal Instagram (@cnbluegt).

Recently, the singer posted two more photos that showcased an upgrade to his sageuk costume. The first image came with the caption “Mustache. Jeung Sparrow,” and included a reference to the “Pirates of the Caribbean” character Captain Jack Sparrow.

The second photo showed a similar image of Lee Jong Hyun sporting a head wrap with the caption, “This is really Jeung Sparrow. You don’t think so??”

The upcoming drama “My Only Love Song” stars Lee Jong Hyun as On Dal, a money-loving character who meets star Song Su Jeong (played by Gong Seung Yeon), who travels back in time through a time slip.

Gong Seung Yeon
CNBLUE
Lee Jong Hyun
My Only Love Song
How does this article make you feel?