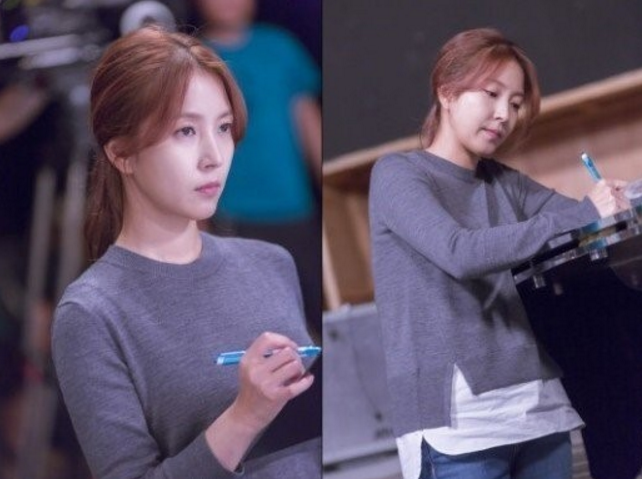 The upcoming JTBC drama “This Week, My Wife Is Having an Affair” (working title) has released the latest stills for BoA!

The Friday-Saturday drama released photos of BoA’s character Kwon Bo Young, who is the main writer who works with PD Do Hyun Woo (played by Lee Sun Gyun). Kwon Bo Young is described as an elite woman who is filled with confidence and passion towards work. After mysteriously returning as a single woman, she sports tight ponytails and only eats triangle kimbab with beer. Her character is known to be a successful working woman with no interest in things such as relationships.

The production team for the drama praised BoA’s commitment, saying, “When we had our first script reading last September, she had all her lines memorized up to episode eight. BoA’s passion is impressive.”

The drama “This Week, My Wife Is Having an Affair” is set to air on October 28.