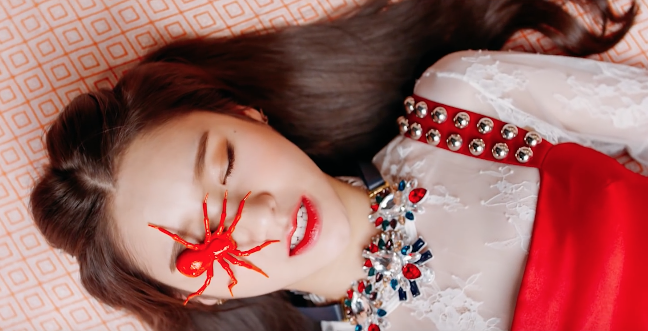 A brand new girl group called LOOΠΔ (pronounced “Loona”) is on the horizon, and they are taking an unconventional approach to up the anticipation for their debut.

LOOΠΔ’s debut project, called “This Month’s Girl” (literal translation) is just as the title suggests. The girl group will not only drop teasers for each member, but each of the 12 members will also release a solo track and music video every month for the next year.

HeeJin is the first member to be revealed, releasing her solo single “ViViD” on October 5 via LOOΠΔ’s official YouTube channel.

The music video was reportedly helmed by VMProject, the same team that manned the music videos for EXO’s “Love Me Right” and BLACKPINK’s “Whistle.”

LOOΠΔ is housed under BlockBerry Creative, which is reportedly a subsidiary of Polaris Entertainment, the same company that manages Ladies’ Code.

Thanks Rian for the tip!

HeeJin
LOONA
How does this article make you feel?