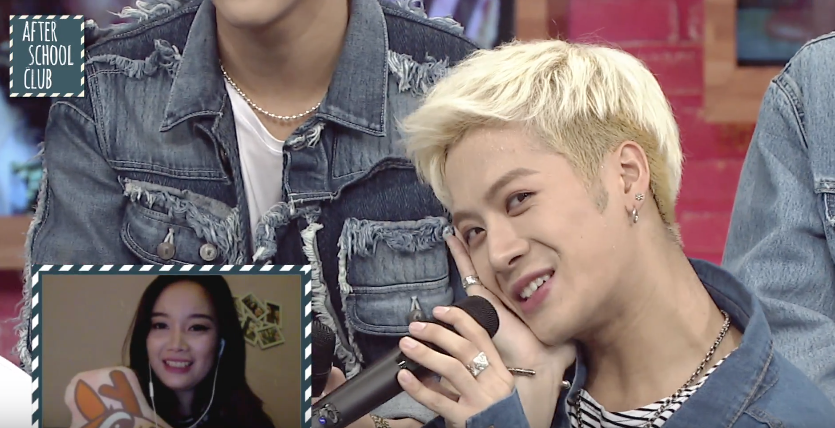 Watch: GOT7 Members Do Their Best Cutie Pie Renditions Of “Hard Carry”

Boy group GOT7 appears as guests on the October 4 episode of talk show “After School Club” and try their hand at doing cutie pie renditions of their title track “Hard Carry.”

The boys pass around the microphone as they add aegyo to their lines in “Hard Carry” but to varying levels of success.

Jackson starts off strong but can’t resist throwing in a little sexy as he exposes some skin halfway through.

BamBam is asked to stop as soon as he starts and says as he passes the mic, “You know, life is hard to live…”

Yugyeom is cut off by the MCs too, especially MC Jimin who says, “That’s a bit scary.”

Watch the members give it a try below!

Support the artist by buying GOT7 - Flight Log: Turbulence from YesAsia
GOT7
After School Club
How does this article make you feel?