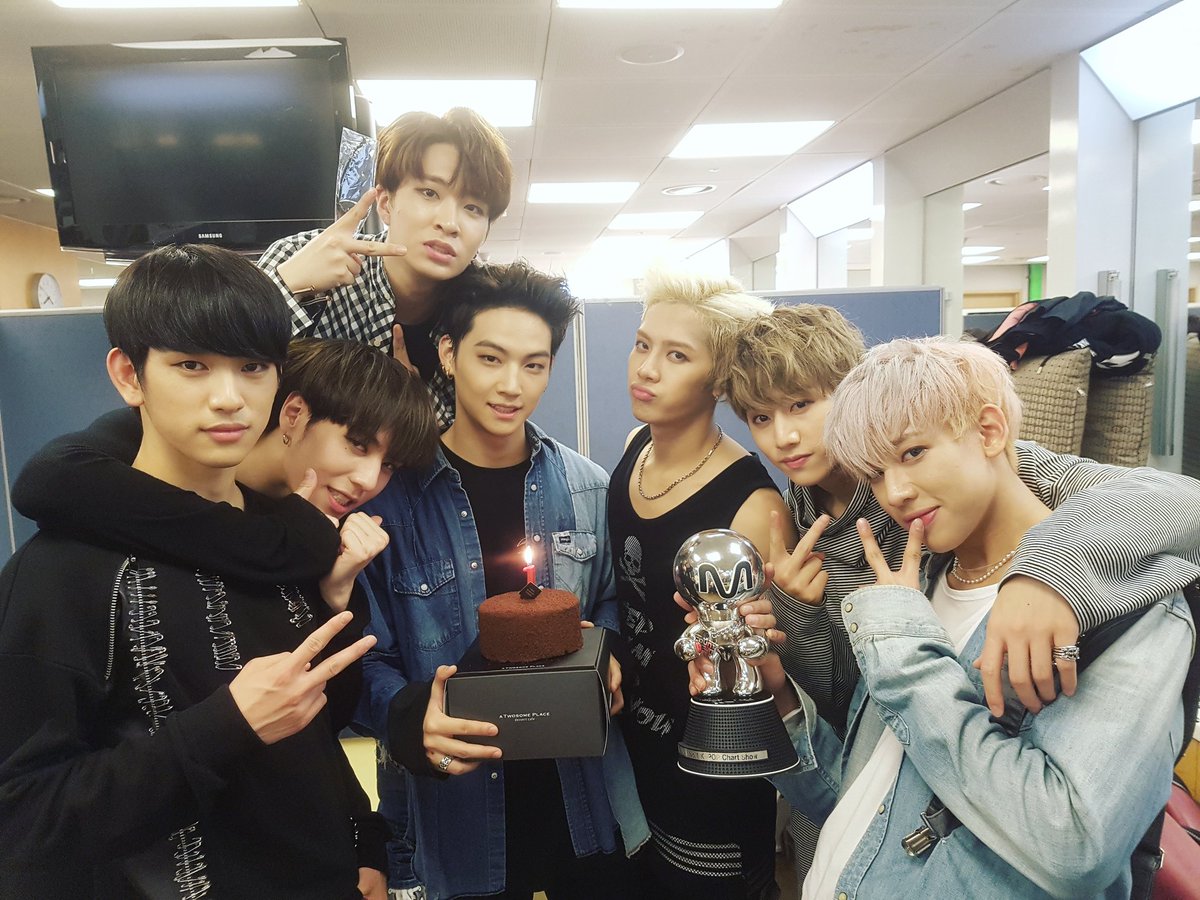 GOT7 has won their first trophy for “Hard Carry”!

October 6’s episode of “M!Countdown” featured a competition between GOT7’s “Hard Carry” and Red Velvet’s “Russian Roulette” for first place. GOT7 grabbed the win with a total score of 7,994 to Red Velvet’s 7,298.

GOT7 took a second to group huddle before thanking Park Jin Young, their agency staff, parents, and fans. Watch their performance and win below!

SHINee’s Taemin and Key were the hosts for this episode, and SHINee, Ailee, and MONSTA X made much-anticipated comeback performances on the show. SF9 also took to the stage for their debut performances!