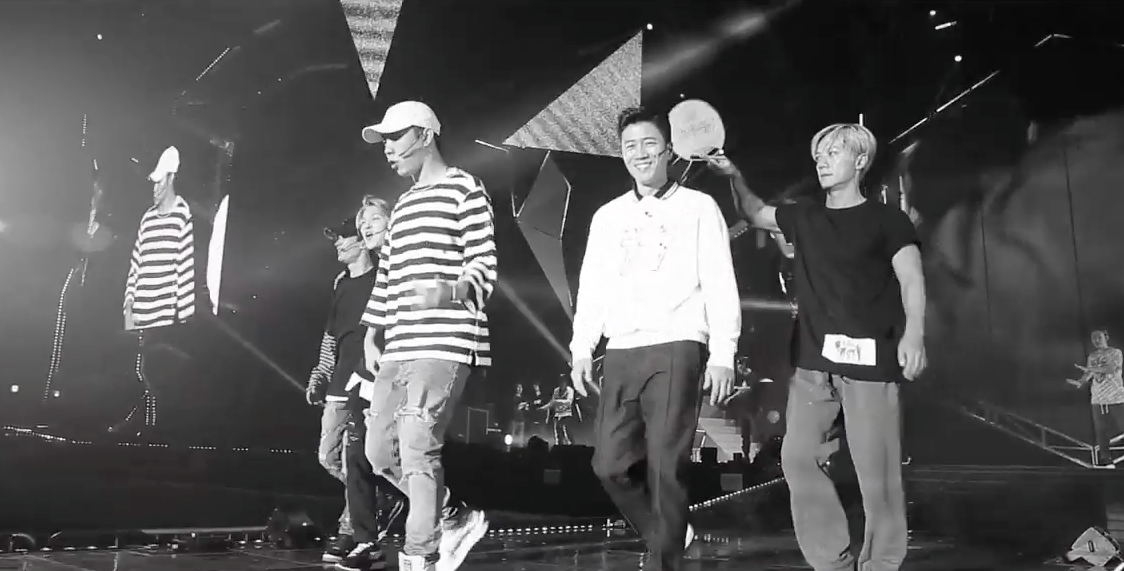 First generation idol group Sechs Kies is back with their first track in sixteen years!

On October 7 at midnight KST, the group dropped their new digital single, entitled “Three Words.” The song was composed by Epik High’s Tablo and Future Bounce, with the lyrics written by Tablo. The music video begins with emotional footage of the group’s final performance, as the guys tearfully say goodbye and thanks to their fans.

We then see new video of the members reuniting in a YG Entertainment studio, where they work hard into the night as they lay down their long-awaited new track. We then see Sechs Kies rehearsing on stage and performing for an ocean of their fans waving yellow balloons.

Sechs Kies made their debut in 1997 and is one of K-Pop’s pioneering groups. They disbanded in 2000, but recently held a reunion concert in April of 2016 as part of an “Infinite Challenge” special.

What do you think of Sechs Kies’s new track “Three Words”?

Tablo
SECHSKIES
How does this article make you feel?