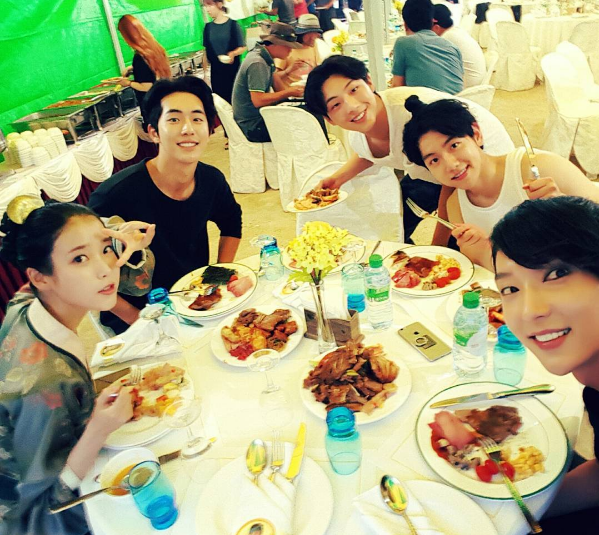 Lee Joon Gi Shares Cute Shot Of Cast From Behind The Scenes Of “Scarlet Heart: Goryeo”

Actor Lee Joon Gi has unveiled a new photo of himself with some of the cast of “Scarlet Heart: Goryeo”!

The photo features himself, Baekhyun, Ji Soo, Nam Joo Hyuk, and IU siting around a table for a meal, in various levels of costuming, hair, and makeup. Lee Joon Gi writes as the caption, “You have to eat before you work.”

He also shared a fan-made video from the show made by user (and Soompier) AuroraRain, as well as linked to the video on YouTube (Looks like he ships it too!).

Lee Joon Gi recently reached the milestone of one million followers on Instagram, which he celebrated by uploading another photo from the set.

“Scarlet Heart: Goryeo” was filmed in entirety before is premiere, with the cast and crew wrapping up filming on June 30, making these glimpses at the set even more special for fans. It is currently airing every Monday and Tuesday on SBS.