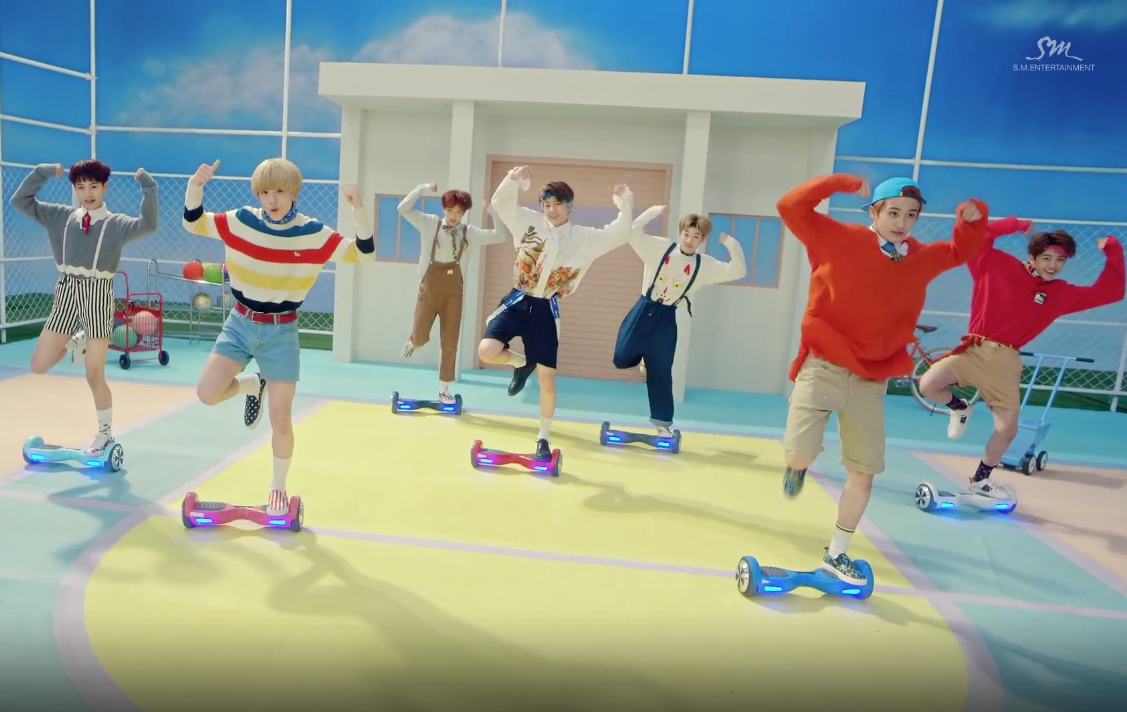 Idol dances can be hard enough without the addition of props, but NCT Dream seamlessly pulls off a difficult task in their newest performance video for “Chewing Gum”!

The members integrate hoverboards into their energetic choreography in the video released on October 7. A daunting feat to say the least, NCT Dream not only make it seem easy to not only dance on a hoverboard, but also get on and off as they please with ease.

As expected, a lot of hard work and effort was put into making sure they could pull this off well. The young idols revealed in a V App broadcast held right before the video release that they practiced over 100 times just on hoverboards alone so they could put on a flawless performance.

Watch the eye-catching performance below!