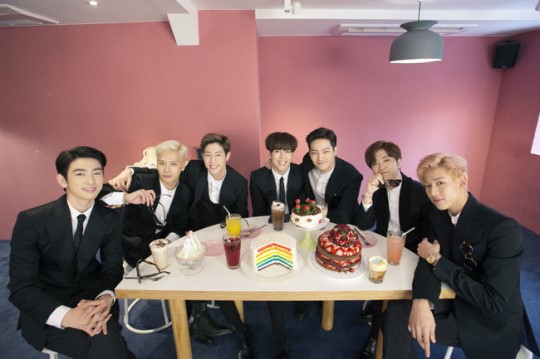 GOT7 To Call The Shots In Their Upcoming Mnet Reality Show

GOT7 is starring in their own reality television show, and they will be calling all the shots related to content!

Named after their current comeback title track “Hard Carry,” “GOT7’s Hard Carry” will be an Mnet reality program that is directed by all seven members of GOT7. This means they will be in charge of the planning, format, production, and casting for the show.

The first episode of “GOT7’s Hard Carry” will first be revealed via Naver TVCast on October 17 and then on television the following day at 11 p.m. KST. The televised episode will feature behind-the-scenes footage that won’t be available via online streaming.

In anticipation of the premiere of “GOT7’s Hard Carry,” GOT7 will host a live stream on October 11 at 11 p.m. KST where they will introduce the program and interact with fans.

Will you be tuning into GOT7’s upcoming reality show?