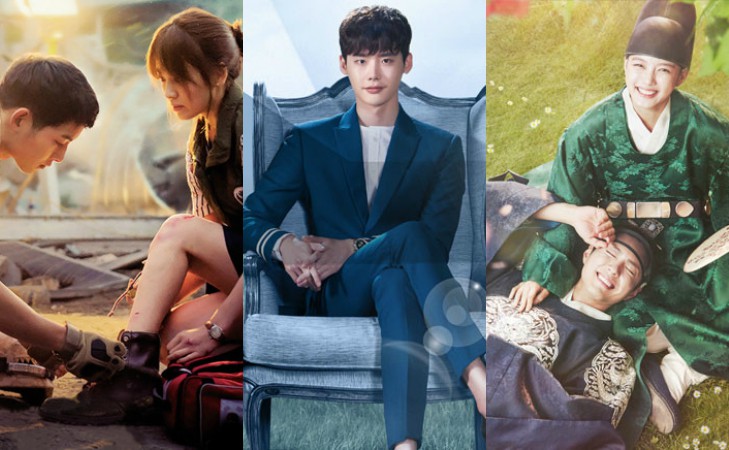 Sometimes all we want to do after a long day is to snuggle on the couch with some snacks and a good drama, but given the huge number of Korean dramas out there, it can be difficult to decide what to watch. But no worries! Soompi’s got you covered with a drama pick for every day of the week.

For the next 10 days (until October 15), you will be able to get one month free off two months (33% off) of Viki Pass, so be sure to tune in by using our LIMITED EDITION coupon code SOOMPIMONTHFREE:

Start your week off right by watching the drama that has captured fans’ hearts everywhere: “Moonlight Drawn by Clouds”! Currently topping viewership ratings in Korea, MDBC is a historical-idol drama featuring rising stars Park Bo Gum and Kim Yoo Jung. The story centers around a romance between the Crowned Prince and a woman posing as his eunuch, who harbors a secret that threatens to unravel their relationship. Youthful, touching, and incredibly sweet, this is a drama that will definitely make your Mondays magical.

Tuesday – Descendants of the Sun

Tuesdays are for throwbacks, so why not watch 2016’s hottest drama-turned-classic, “Descendants of the Sun!” Even though the drama has already concluded, fans still can’t stop talking about its charming, flirtatious leads and unforgettable storyline. Starring two of Korea’s top stars, Song Joong Ki and Song Hye Kyo, DOTS is all about finding love where and when it’s least expected.

Wednesdays are hump days, when energy is at an all-time low and you need something to keep you moving. Try waking yourself up with an episode of “W”! Featuring a unique storyline that involves travel between two worlds, “W” is a thrilling, suspenseful drama filled with plot twists that keep you on the edge of your seat. If its mind-blowing plot isn’t enough to wake you up, the eye candy definitely will. After all, who can resist Lee Jong Suk’s killer wink and Han Hyo Joo’s gorgeous looks?

“W” probably drove intensity levels sky-high on Wednesday, so take a breather on Thursday with the light-hearted romantic comedy “Lucky Romance!” Actress Hwang Jang Eum and actor Ryu Jun Yeol join forces in this drama to tell the story of a superstitious woman, Shim Bo Nui, who, according to a fortune teller, must sleep with a man born in 1986 to save her dying sister. She sets her sights on a successful company’s CEO, Je Soo Ho, but will she succeed in winning his heart? Find out by watching the hilarious “Lucky Romance.”

TGIF! Start the weekend off on a happy note by watching another romantic comedy “Shopping King Louie!” Featuring the popular singer and actor Seo In Guk, this drama is about a man with a serious shopping addiction. But when a series of unexpected events leave him without a single penny, he realizes there is more to life than just money, and there are certain things money can’t buy: love.

Saturday – On the Way to the Airport

Weekends are meant for us to unwind and relax, but it can also be a time for reflection. “On the Way to the Airport” will definitely have you thinking about some of life’s more complicated questions, as its all-star cast (Kim Ha Neul, Lee Sang Yoon, Shin Sung Rok) play characters who must find answers to difficult problems in their friendships, marriage, and family. A whole lot can happen “On the Way to the Airport”!

Sunday – Woman With a Suitcase

Ah Sunday – the day when you come to the painful realization that real life is about to hit you in less than 24 hours. You need motivation to get back to your weekly routine, and there’s no better drama to inspire you than “Woman with a Suitcase.” Starring veteran actors Choi Ji Woo and Joo Ji Mo, this drama is about a lawyer whose career falls apart when she makes some mistakes that land her in jail. When she is released from prison a year later, she faces the difficult task of rebuilding her reputation and career. All she has to keep her going is her ambition and determination, the two very things we need to get through the week ahead.

So there you have it! A K-drama for each day. Don’t forget to take advantage of this super special offer, and check out all these dramas on Viki with Viki Pass:

Soompi Spotlight
Descendants of the Sun
Lucky Romance
Love in the Moonlight
W
Shopping King Louie
On the Way to the Airport
Woman With A Suitcase
Soompi Discount
How does this article make you feel?