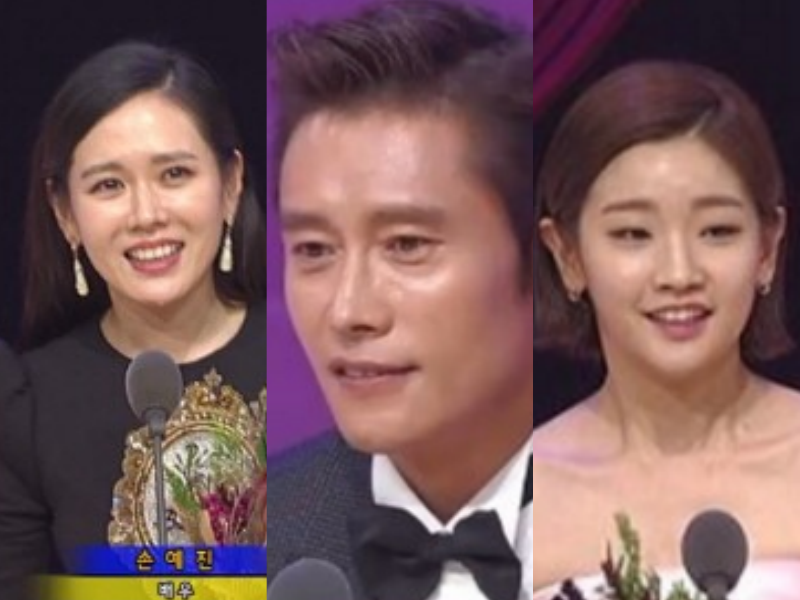 The 25th Buil Film Awards took place on October 7 in Busan to honor this year’s best films and actors.

Lee Byung Hun received the Best Male Actor award and relayed his thoughts about the unfortunate typhoon during his acceptance speech. He hoped that people affected by the natural disaster would be able to be comforted and gain strength.

Son Ye Jin was ecstatic about winning the Best Female Actor award and discussed the various steps in acting in a film and fears that come along with it.

Kim Eui Sung won the Best Supporting Male Actor award and provided some comic relief as he remarked how fun his job as an actor is and how it’s great to be paid to do fun work and even receive an award. He also showed his thoughtful side as he thanked female staff members in particular and commented that there is still a large gender ratio amongst people in the film industry and how he hopes to see more female representation.

Park So Dam got the Best Supporting Female Actor award and talked about her strong character and thanked everyone who was apart of the film. She further stated that she wants to continue acting genuinely.