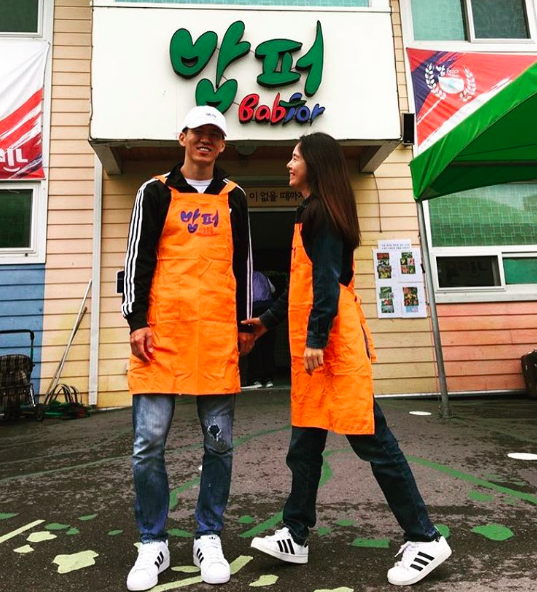 Sean and Jung Hye Young live up to their warm-hearted reputation as they celebrate twelve years of blissful marriage by volunteering with their adorable family!

On October 8, actress Jung Hye Young updated her Instagram (@hydrangea_garden) with a photo showing her family volunteering at Bab For, a food shelter for elderly homeless people. She writes, “Preparing mushrooms. A precious time together with children. At Bap For with my children on the morning of our 12th wedding anniversary.”

In the pictures, they appear to be sitting around a large bucket preparing vegetables, smiling happily as they spend time together as a family.

Congratulations to the happy couple on this meaningful day!

Jung Hye Young
Sean
How does this article make you feel?