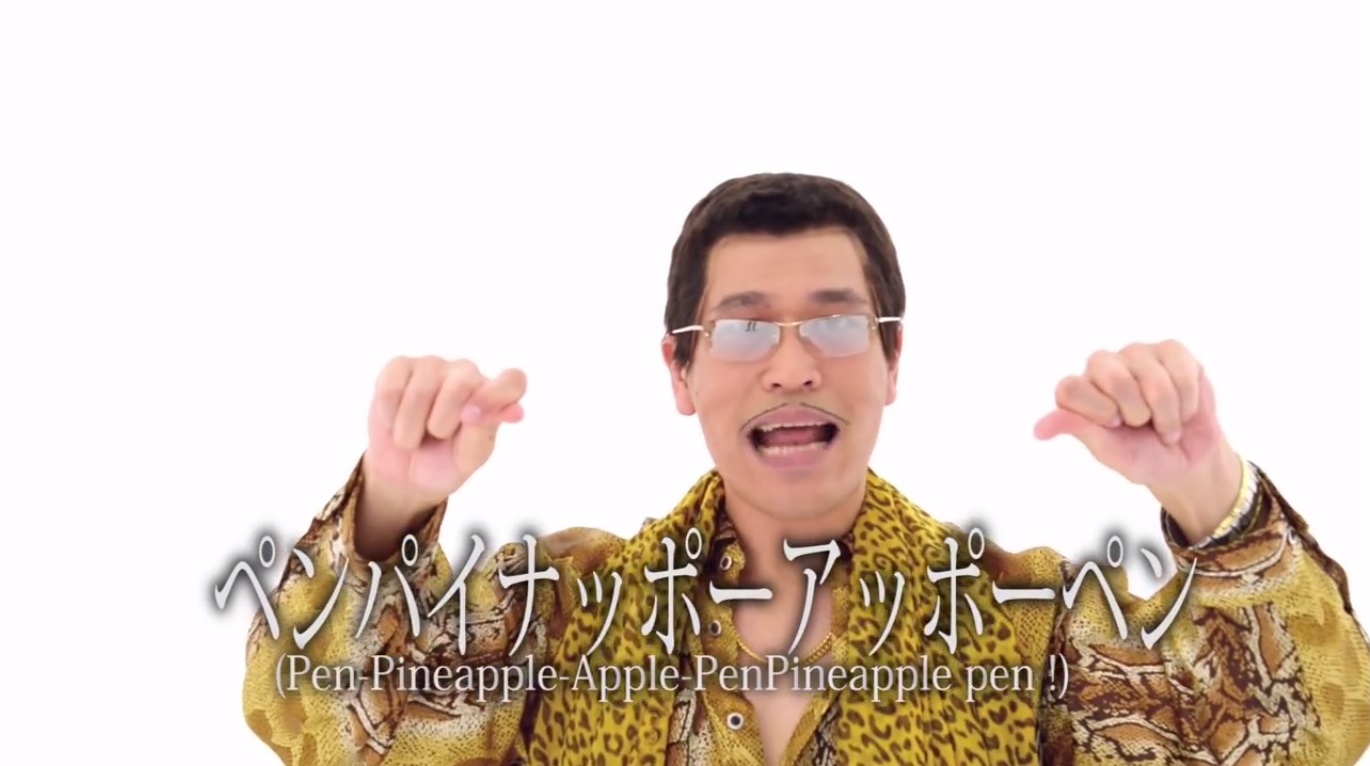 There are some strange viral trends out there, but this is definitely up there in terms of how weird it is and how insanely popular it is.

By now, you may have heard of DJ Kosaka Daimaou’s “PPAP (Pen-Pinapple-Apple-Pen)” that has been taking the world, both online and offline, by storm.

Dubbed “the second ‘Gangnam Style,'” the song is a confusing yet highly addictive tune that consists of the Japanese comedian simply singing about an apple pen and pineapple pen while wearing a showy leopard costume.

In fact, “PPAP (Pen-Pinapple-Apple-Pen)” is so popular in Korea that it now appears to be ranked on MelOn’s music chart, albeit not very high.

According to MelOn, the tune actually entered its music chart as a digital single on October 7, meaning that it’s been streamed enough times to hold a rank.

Not only that, but popular idol groups like TWICE and EXO have covered the strangely catchy “PPAP” tune, and “SNL Korea 8” even recently aired a parody of the amusing video itself.

Surprised that “PPAP (Pen-Pinapple-Apple-Pen)” entered a major Korean music chart, people have been commenting things such as, “To think people would listen to this on MelON,” and “Looks like I have to listen to a [different] song on repeat for at least five times.”

Have you been able to resist the “PPAP” fever?

DJ Kosaka Daimaou
Piko-Taro
How does this article make you feel?