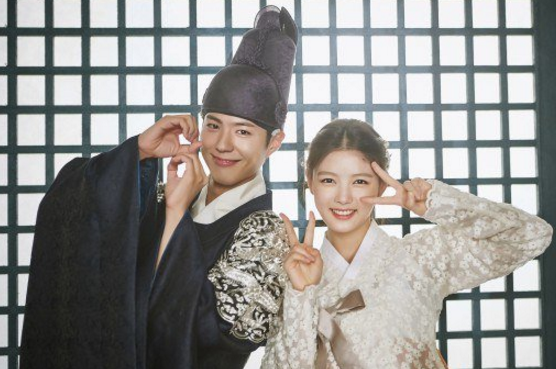 Ever since Park Bo Gum made a promise to hold a fan signing in Gwanghwamun if “Moonlight Drawn by Clouds” recorded 20 percent in viewership ratings, people have been eagerly waiting to see if and when it will occur since the drama marked 20.4 percent on September 12.

Since then, many speculated that it will be held on October 19, but it appears that it was all fallacy.

A source from “Moonlight Drawn By Clouds” stated to Xports News on October 8, “The 19th is not the finalized date,” and that they are still working out the schedule as well as the exact location for the fan signing.

They further explain, “Park Bo Gum may have made the ratings promise, but we are trying to have all five main actors attend as a way of returning the huge amount of love fans have shown us.”

However, it appears it may still be a while longer until the fan signing, as the cast and crew will reportedly be filming until early morning on October 18 in order to meet their schedule according to one source representing an actor.

In the meantime, check out the first episode of “Moonlight Drawn By Clouds” on Viki below!