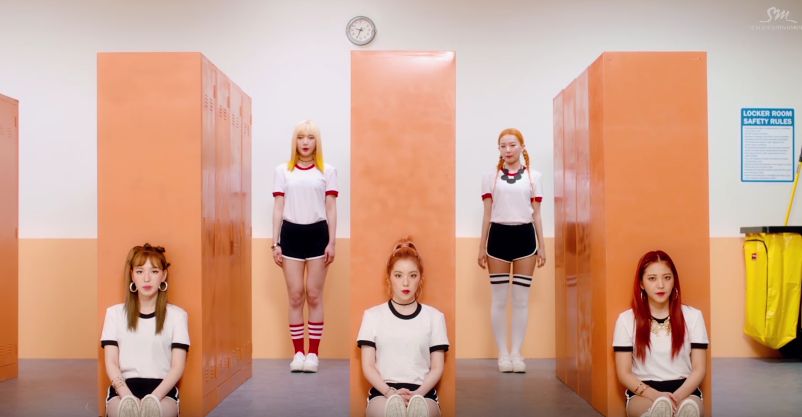 Maintaining their places at No. 2 and No. 3 are Lim Chang Jung’s “The Love I Committed” and BLACKPINK’s former No. 1 song “Whistle.”

There are three new songs in the top 10 this week! Moving up seven spots to No. 5 is INFINITE’s “The Eye,” which is the title song from their sixth mini-album “INFINITE ONLY.” The dreamy vocals of the INFINITE members will captivate your ears throughout the song. “The Eye” won on “Inkigayo,” “Music Bank,” and “M!Countdown” last week, but is not ranked as high in other sources.

Also moving up seven spots to No. 6 is MAMAMOO’s “New York.” This song is a preview single released ahead of MAMAMOO’s upcoming comeback album in October. It’s a funky dance song with a minimal instrumental that highlights MAMAMOO’s strong vocals!

Debuting at No. 10 is Apink’s new song “Only One,” which is the title song from their third full length album “Pink Revolution.” This song has a vintage Apink style intro and a mid-tempo dance melody. It’s a sweet love story about a woman who expresses how she feels towards her boyfriend.