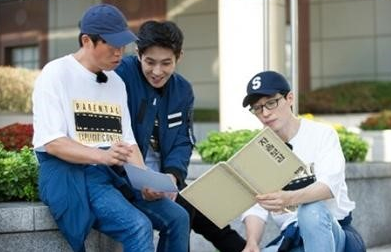 On an upcoming episode of SBS’s “Running Man,” the cast of the film “Key of Life” (tentative title) appears as guests for a special holiday-themed race!

Actors Yoo Hae Jin, Jo Yoon Hee, Lee Joon, and Lim Ji Yeon appear as guests for a special Hangeul Day episode that includes a special race. Hangeul Day is a Korean holiday on October 9 that celebrates the formation of the Korean language by King Sejong. In honor of the holiday, the race includes special missions such as trying to collect 14 consonants. 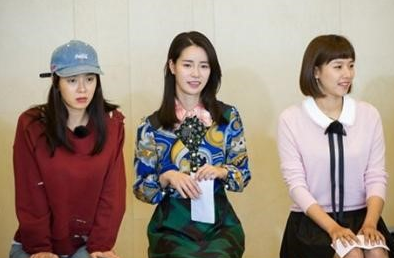 During the episode, each actor shows a different characteristic while trying to accomplish the missions. Though Yoo Hae Jin displays a powerful aura in his film, he shows a different side during the race by being confused and bewildered, while Lee Joon proves that his variety skills are still present by doing a fantastic body gag.

Actress Jo Yoon Hee also showcases her skills by consecutively giving the correct answer during a quiz, and Lim Ji Yeon shows her offbeat charm by acting sincerely during a situation-comedy quiz.