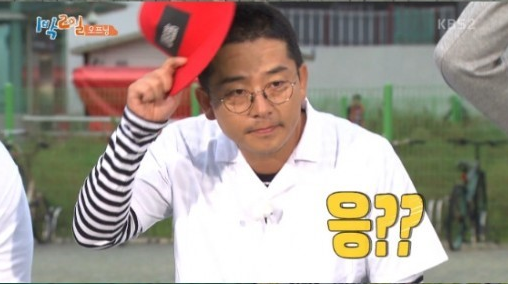 The members of the KBS variety show “2 Days & 1 Night” show their support for Jung Joon Young during the opening of the newest October 9 episode.

The members gather at Pangyo station for the opening scene and as they engage in light conversation, the screen text says, “As much as it must have been a shocking incident for everyone, we will do our very best to provide wholesome laughter.” This is the first episode in which Jung Joon Young did not appear, following his decision to step down after his sexual assault case, from which he has been acquitted.

The members then bow to the viewers and Kim Joon Ho lifts up his hat briefly as he bows. The staff members notice his hair is much shorter and they ask what happened. Kim Joon Ho looks embarrassed as he says, “I was doing something and it accidentally got cut this way.” Cha Tae Hyun laughs as he jokes if Kim Joon Ho had shaved his head to show his remorse over Jung Joon Young and although he asserts that it isn’t, the cast members all tease him as the screen text flashes “Eldest hyung RESPECT.” Kim Joon Ho then plays along and kneels on the ground to ask for forgiveness from the viewers. 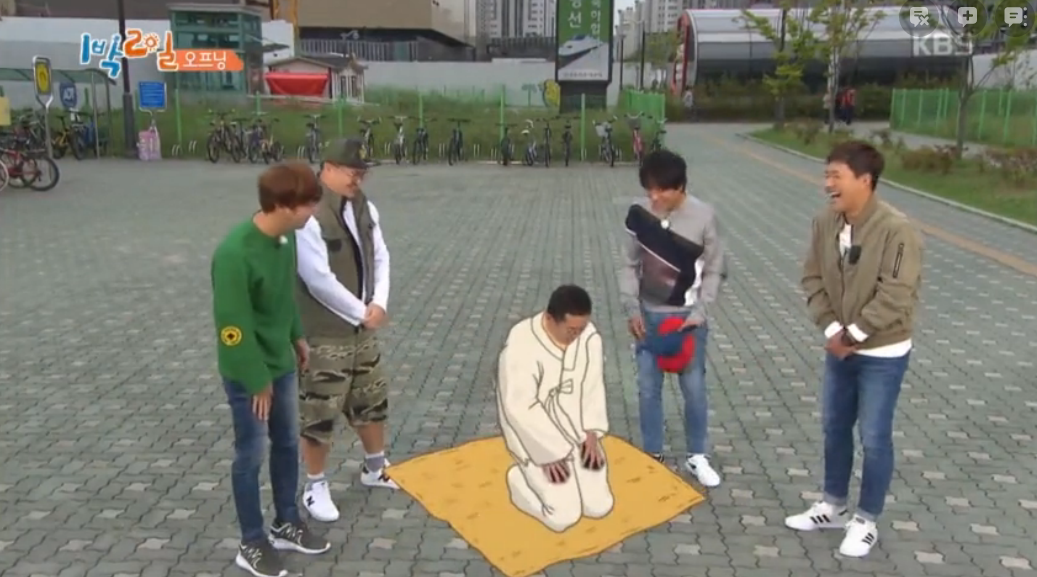 Later in the episode, Kim Joon Ho brings up Jung Joon Young again after they arrive at Yeoju. They buy a piece of chocolate and Kim Joon Ho automatically cuts up the chocolate into six pieces, although there are now only five cast members. He puts the remaining piece in his pocket as he says, “I’ll give this to Joon Young later.”

When Defconn mentions how Jung Joon Young usually annoyed him, he answers, “I miss your teasing. You were the only one who treated me like that.”

Check out the opening scene on Viki below!