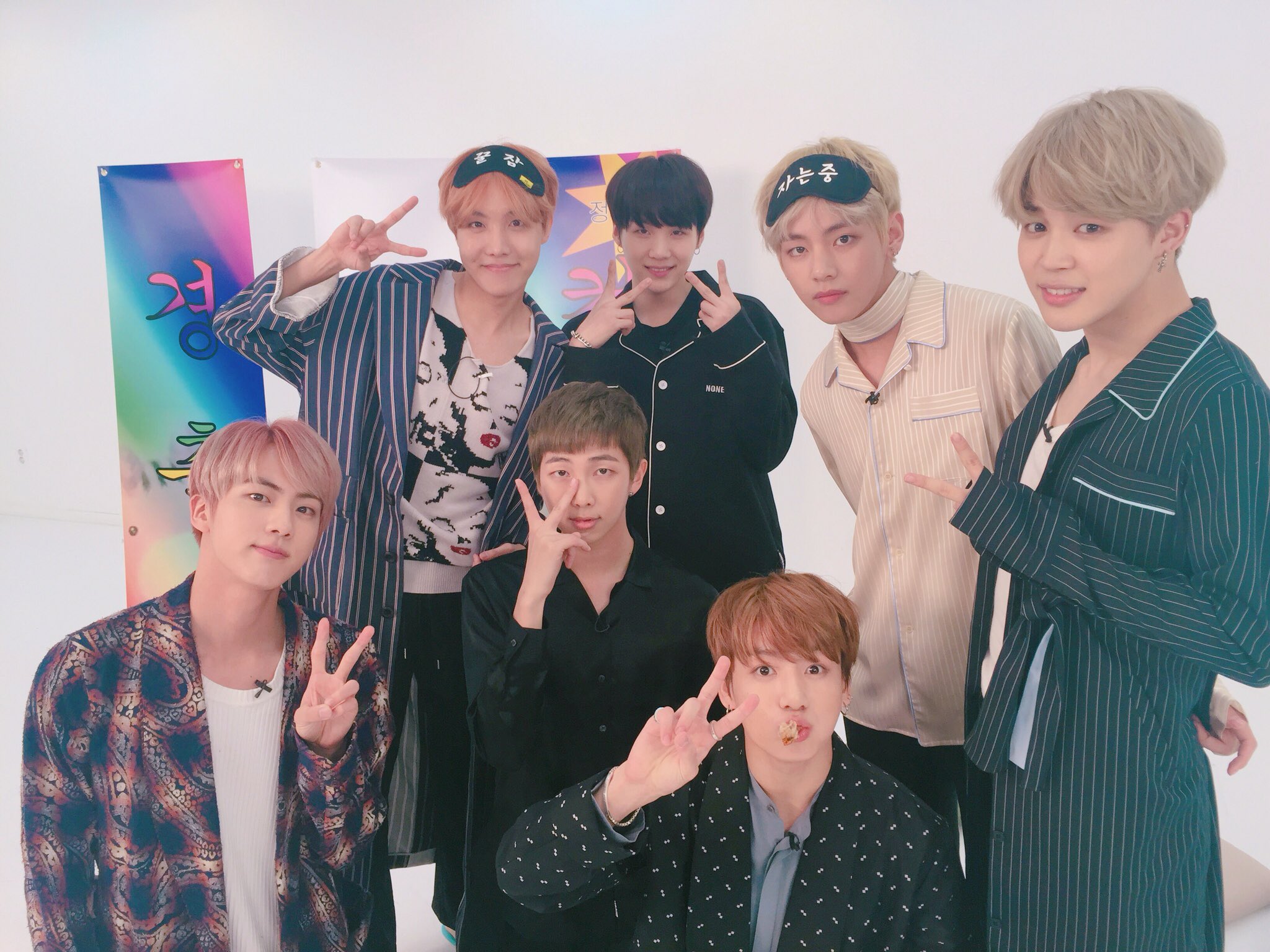 On October 9, BTS hosted a live show to count down to the release of their new album “WINGS” with fans, where they talked about their new tracks!

Despite delays and errors that were apparently due to the overwhelming number of fans trying to tune in, by the time the show wrapped up, 3 million fans were watching!

During the show, the guys played games and talked about each of the tracks on their new album, including their solo songs. Rap Monster revealed that Jin co-composed his track “Awake,” which Jin admitted is the first time he’s done so.

According to the album’s track list, V, Jimin, J-Hope, Suga, and Rap Monster also took part in composing their solo tracks. V cracked the guys up by saying that he thinks his solo track “Stigma” is the most polished of the group’s songs, while Jimin expressed his concerns about performing his track “Lie” live.

J-Hope said his track “Mama” is one he’ll never forget because he wrote it while thinking about his mother, and Jungkook revealed that his song “Begin” has to do with his feelings when meeting the other guys when he came to Seoul from Busan.

Rap Monster also announced the news that the track “Two! Three! (But Hoping for More Good Days)” on their new album is the group’s first official fan song. In addition, while introducing their much-anticipated track “BTS Cypher 4,” V naturally couldn’t contain his excitement over it.

The broadcast also included fun footage from behind the scenes of the group’s photo shoot for their teaser images.

BTS’s second full album “WINGS” and the music video for their title track “Blood Sweat & Tears” were released at midnight KST on October 10.

Did you catch BTS live on their preview show?