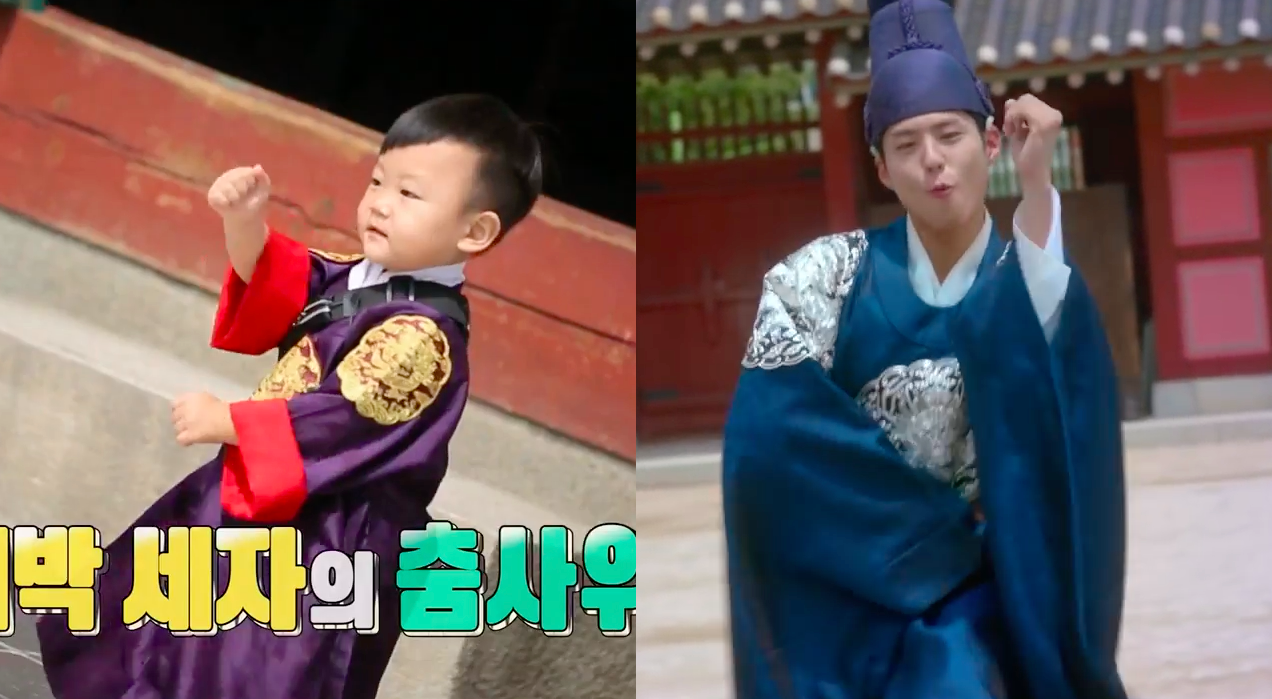 Daebak is the most adorable little dancing crown prince we’ve ever seen!

On October 9’s episode of “The Return of Superman,” Lee Dong Gook takes his youngest children Daebak, Seol Ah, and Soo Ah to one of the filming locations for the hit drama “Moonlight Drawn by Clouds.”

The kids are even dressed up in traditional outfits, with Daebak dressed like crown prince Lee Young from the show, who is played by Park Bo Gum, and the twin girls dressed like Kim Yoo Jung‘s character Hong Ra On.

While they’re there, Lee Dong Gook shows the kids the famous teaser trailer for the drama that featured Park Bo Gum and other cast members dancing to “Boombastic.”

After a bit of practice and jumping around, Daebak and Soo Ah show off their own version of the dance. Watch it in the video below!

Park Bo Gum
Lee Dong Gook
The Return of Superman
Daebak
Love in the Moonlight
How does this article make you feel?