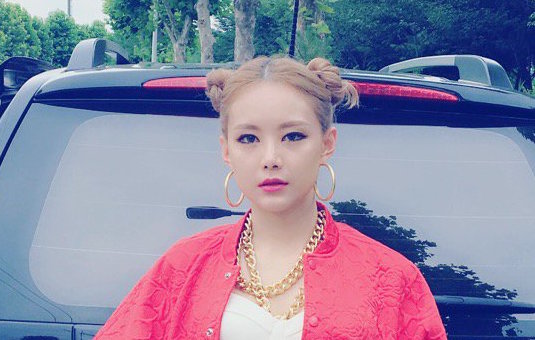 In an interview with Star News on October 10, Brown Eyed Girls’s Miryo talks about the difficulty of trying to release another group album.

She first reveals the four members (herself, Ga In, Narsha, and JeA) recently met all together for the first time in a few months to celebrate JeA’s birthday.

While they keep in close contact, Miryo says it’s hard these days to meet up these days, let alone release a new album together.

The rapper explains, “Truthfully, we think a lot about making a comeback as Brown Eyed Girls, but the reality is that it’s not easy to do so given the [current] situation.”

She goes on to say that a part of the reason is that they’re all focused on solo activities for now, but reassures, “This year is Brown Eyed Girl’s 10th anniversary since debut. This isn’t the end, and the possibility of us actively promoting again is always open.” Miryo also adds that she does feel apologetic to all the fans who’ve been patiently waiting for their comeback.

The rapper recently starred in “Unpretty Rapstar 3,” where she showed off her fierce rap skills until her loss to Jeon So Yeon.

Would you like to see a comeback from the group soon?

Brown Eyed Girls
Miryo
How does this article make you feel?