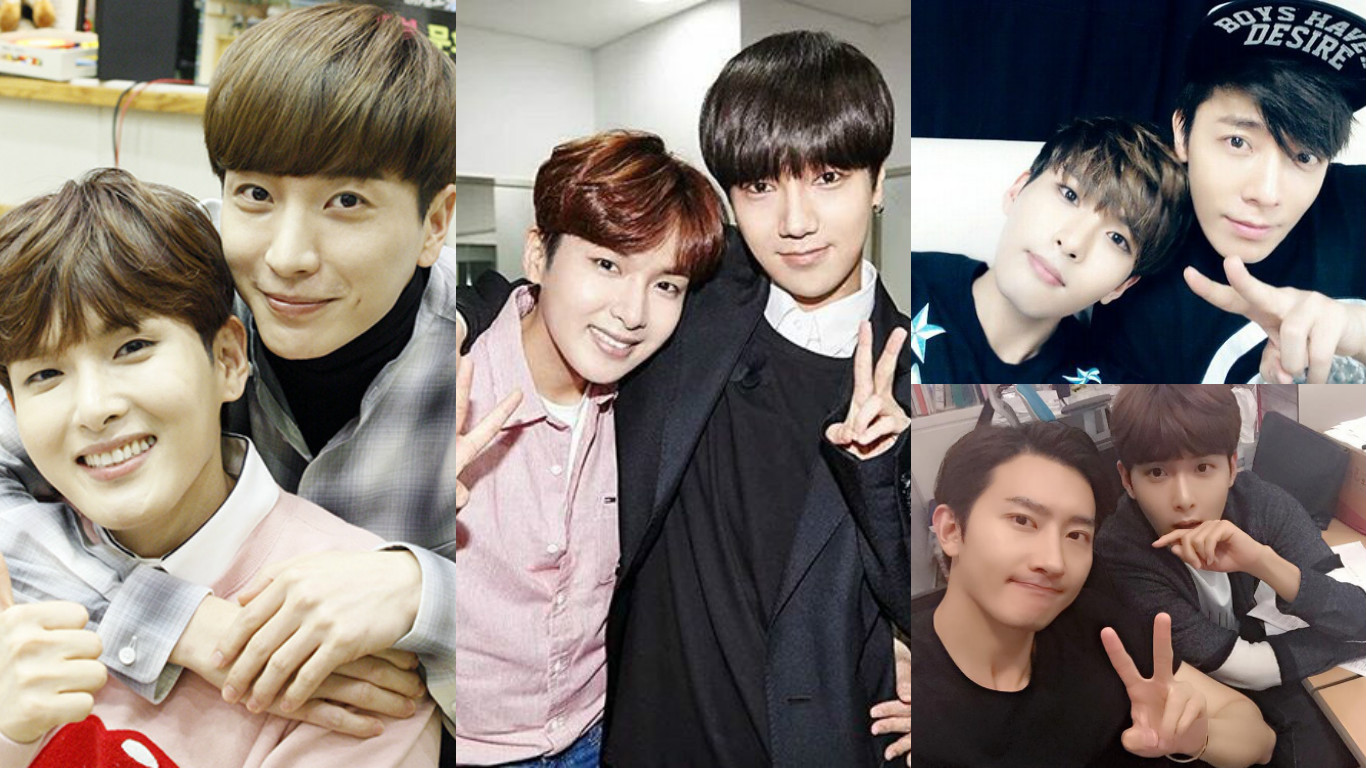 As Super Junior’s Ryeowook headed to the army on October 11, some of his fellow members and label mates took to social media to wish the talented singer the best during his service.

On the afternoon of October 11, Super Junior leader Leeteuk shared a photo of Ryeowook with his group of well-wishers at his enlistment. Leeteuk stands on Ryeowook’s right side, while Kyuhyun can be seen in a white mask on the left of Ryeowook. Leeteuk writes in the caption, “There’s no need for anything else, just come back healthy.”

That day, Yesung (who is currently promoting in Japan) uploaded touching photos to Twitter of himself and Ryeowook sharing a big hug at a concert. He writes in the caption, “Come back healthy. I love you until the day you return to your spot, Ryeowook” and includes Ryeowook’s nickname “Ryeonggu,” “YeWook,” and “Super Junior” in the hashtags.

He then tweeted out a photo from one of their “Super Show 4” concerts, when Ryeowook dressed up in his famous Gollum costume. His caption reads, “I miss you.”

Donghae, who is currently also in the military, changed his profile picture on Instagram to one of himself and Ryeowook, and wrote in his bio, “Remember RW.”

Ryeowook’s Super Junior-M group mate Zhou Mi also shared a photo of himself with Ryeowook, and tells him to take good care of himself in the caption.

In addition, Ryeowook’s SM Entertainment sunbae Kangta shared a media photo of Ryeowook at his enlistment to Instagram. He writes, “Come back healthy!” and apologizes for not being able to see him off.

Ryeowook’s good friend N of VIXX shared a photo with Ryeowook before he left for the army, and writes as the caption, “He looks cool even with short hair, right? Come back healthy! I’ll miss you!”

Ryeowook will be serving in the military for the next 21 months, and is expected to be discharged in July of 2018.

We miss you already, Ryeowook!