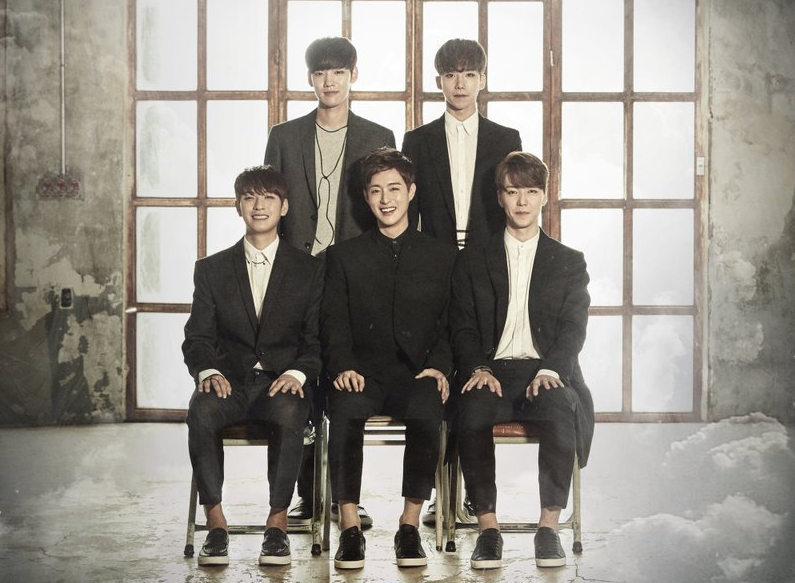 100% Leader Minwoo Talks About Changes After Returning From Military Service

Minwoo, the leader of 100%, opened up about the strong teamwork of his group even when he had to leave for his mandatory military service.

On October 12, 100% held their showcase for their new album “Time Leap,” which includes their new song “Better Day.”

At the showcase, Minwoo talked about his time in the army, saying, “While I was in the military, I purposely tried not to contact the other members. I thought I would miss them too much [if i contacted them].”

He continued, “Whenever I came out on break during my military service, it seemed like the members became more mature. Before, in the past, as we were preparing for a song, [as the leader], I would order this and that from them. But this time around, I treated them as equal friends and asked for their opinions and adjusted.”

He revealed more about his fellow members, sharing, “I think our teamwork has become stronger this time. I think it’s a relief that I can be with these members.”

He also opened up about when Changbum left the group, saying, “Although a member left the group, it wasn’t because of discord or a bad event. Because we talk to each other a lot we decided to continue having more strength.”

Support the artist by buying 100% - Time Leap from YesAsia

Minwoo
100%
How does this article make you feel?