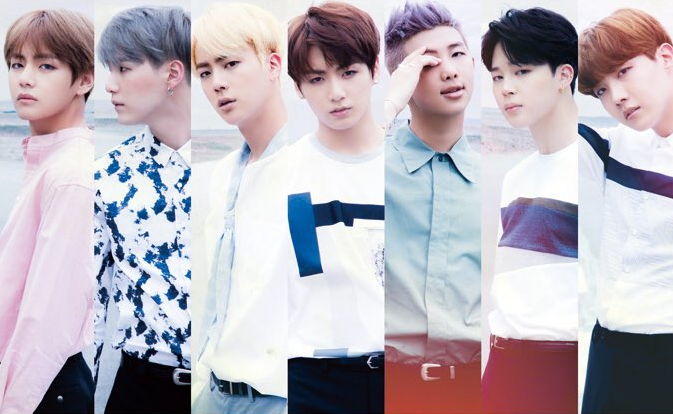 On October 13, BTS met with Newsen and talked about their comeback stage just before performing!

Jimin shared his thoughts, saying, “Unlike the music video, I think this will be the first time that people can see the entire performance properly. It’s been a while since we came out with a new track, so I hope we can show the things we’ve prepared in a cool way. I hope people will see our sexy images as intended, and I hope they will correctly see the emotions behind the song.”

BTS also shared their feelings on being mentioned on MBC’s “Infinite Challenge.” “J-Hope is a big fan of the show,” said Rap Monster. J-Hope confirmed it, saying, “I feel really good. I thought, ‘Wow we’re being mentioned even on the show.’ It felt really good from a viewer’s standpoint to hear our name on a really fun variety program, and it made me realize just how far BTS has come.”

J-Hope also revealed the group’s closeness with “Infinite Challenge” member Park Myung Soo, saying, “We have a lot of connections to Park Myung Soo. We’ve met him before at the airport. He has a passion for music, and he’s even given us advice about it once.” Suga also added, “It was amazing to hear our name being mentioned.”

BTS
Park Myung Soo
Infinite Challenge
How does this article make you feel?