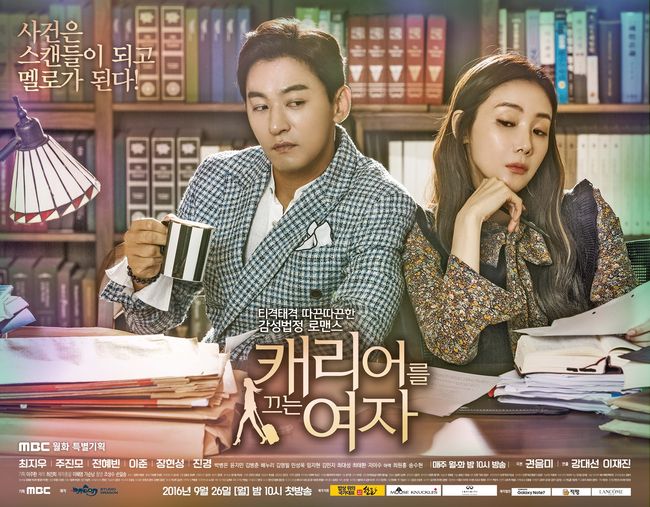 “Woman With A Suitcase” Rises In Popularity And Viewership Ratings

MBC’s “Woman With a Suitcase” (written by Kwon Eum Mi and directed by Kang Dae Sun and Lee Jae Jin) has been rising in popularity ever since it aired its first episode on September 26.

Audiences appear to be drawn to the drama’s unique take on the world of law and lawyers, Choi Ji Woo and Joo Jin Mo’s romantic comedy, and strong storylines like the mystery of the homeless girl.

As a result, the October 11 episode jumped to 9.6 percent in viewership ratings, a rise of 1.4 percent from the last episode. In the metropolitan area, the drama recorded as high as 10.7 percent, its highest rating so far.

In the episode, the entire Golden Tree office worked together to win the case about a sports star’s death, especially Cha Geum Joo (Choi Ji Woo), who couldn’t get the conclusive evidence at first. The court scene between the two law firms was also said to be tense and dramatic.

Watch the latest episode of “Woman With a Suitcase” below!

Edit: A previous version of this article contained an error in the ratings comparisons between episodes.

Choi Ji Woo
Joo Jin Mo
Woman With A Suitcase
How does this article make you feel?