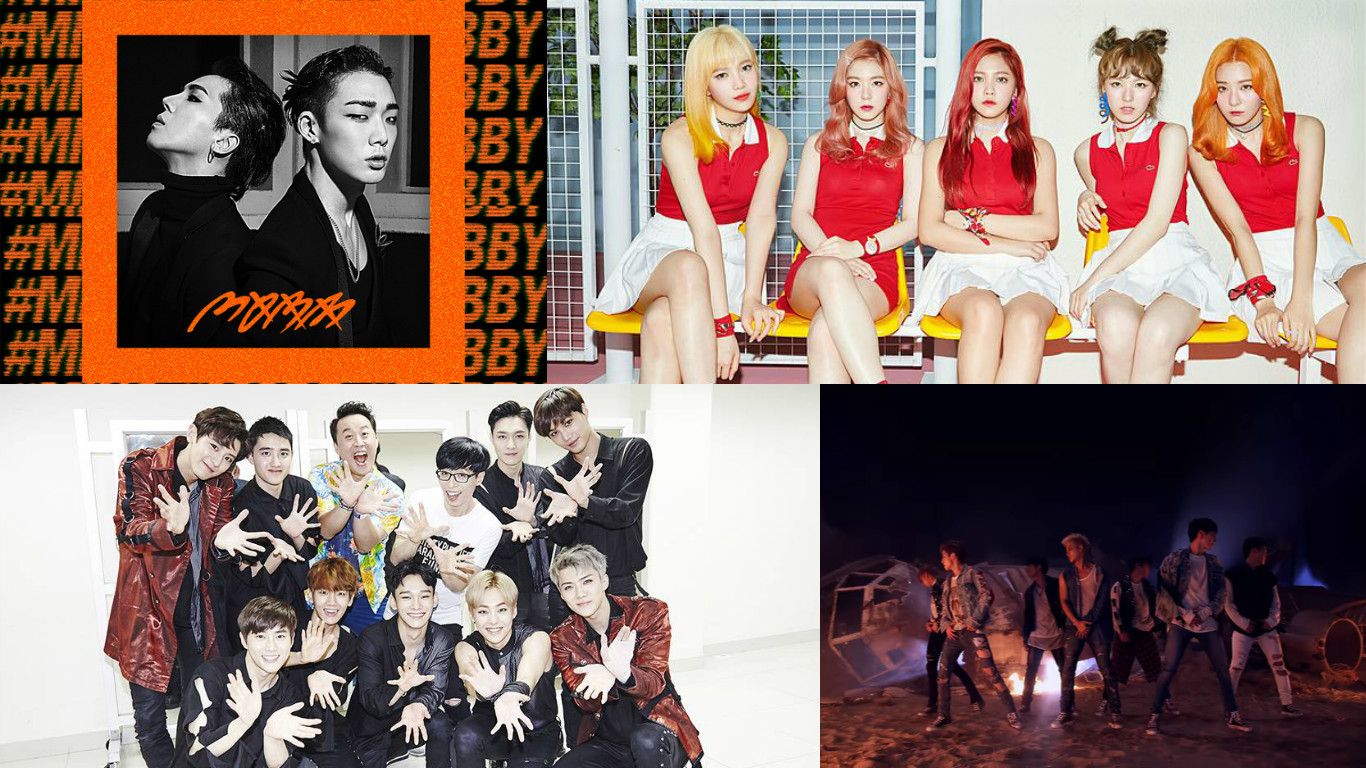 On October 12, Billboard released lists of the most-viewed K-pop music videos in both the United States and around the world for the month of September.

Red Velvet are the reigning queens with “Russian Roulette,” which topped both the American and global list. Billboard writes that they took the crown despite “a male-heavy month that included a lot of releases from the ‘Big Three.'”

That being said, YG Entertainment’s MOBB, a collaboration between WINNER’s Song Mino and iKON’s Bobby, also ranked high on both lists, while GOT7 and 2PM staked out JYP’s claim in the view count.

The only artist in the Top 10 not from the Big Three is Lim Chang Jung, whose ballad “The Love That I Committed” ranks high on the list as well as on domestic charts.

Most Viewed K-Pop Videos Around the World (September)

What were some of your favorite September MVs?