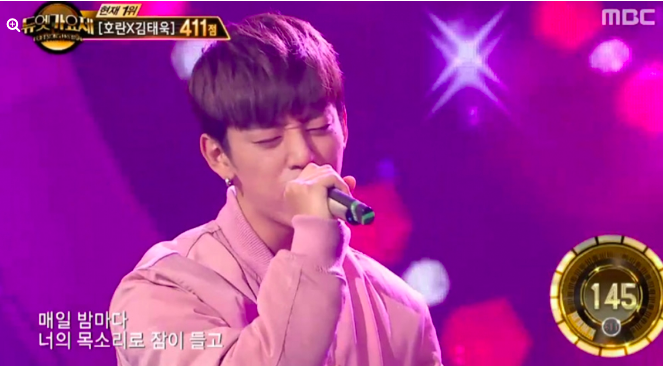 B.A.P’s Daehyun was one of the contestants on the October 14 episode of “Duet Song Festival!”

Together with his partner, Jang Hye Soo, he covered MAMAMOO’s “You’re the Best.”

At the end of their performance, Sung Si Kyung said, “Daehyun had a hoarse throat but he didn’t show it. How do you feel now that it’s over?”

Daehyun answered, “I only looked at my partner. I think I had fun.” 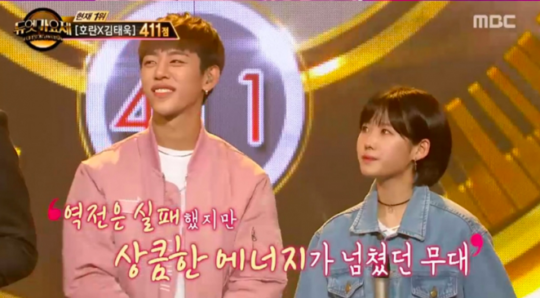 Jang Hye Soo, who had said earlier that she had dropped out of high school, said, “I felt like I was wasting my time [in school]. I wanted to spend that time doing music and learning more about music.”

NU’EST’s Baekho said, “You looked very happy on stage” and Shin Bora added, “I hope that ‘Duet Song Festival’ was able to give you some support in choosing such a difficult path at such a young age.”

You can watch the latest episode, starting with Daehyun and Hye Soo’s performance, below!

Duet Song Festival
B.A.P
Daehyun
How does this article make you feel?