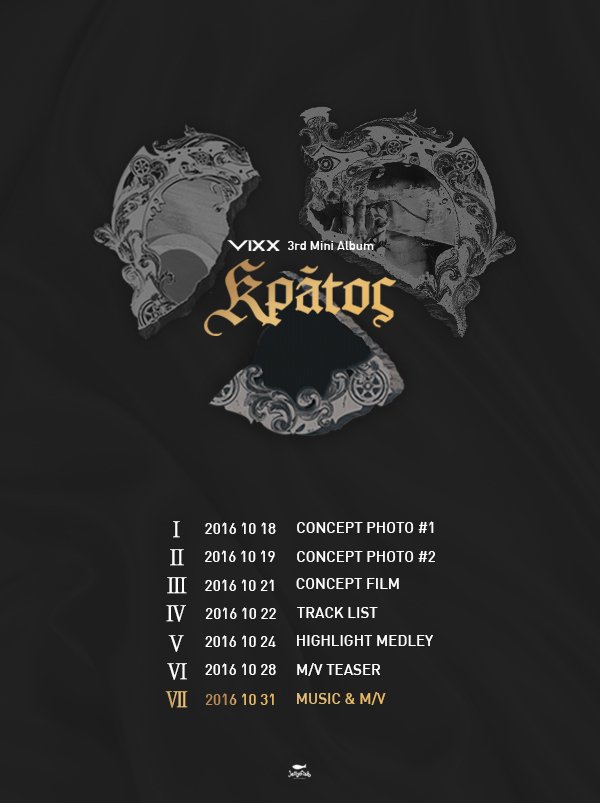 A couple hours after uploading a teaser film for their upcoming comeback, VIXX unveiled a release schedule!

According to the schedule, various promotions such as the tracklist, teaser photos, and the MV teaser will be revealed through the next couple weeks.

VIXX has just released their first teaser for the last installment of their trilogy project, “VIXX 2016 Conception”!

As previously revealed, this upcoming album continues the theme of Grecian names with its title, “Kratos,” and will complete the group’s two previous albums, “Zelos” and “Hades.”

On October 16, the teaser was wittily uploaded at 10:31 p.m. KST, to match the date of the album’s release, October 31. It features a symbolic scene of someone completing a three-part puzzle as scenes from VIXX’s previous two music videos for “Dynamite” and “Fantasy” flash by.

Stay tuned for more updates as their comeback approaches!