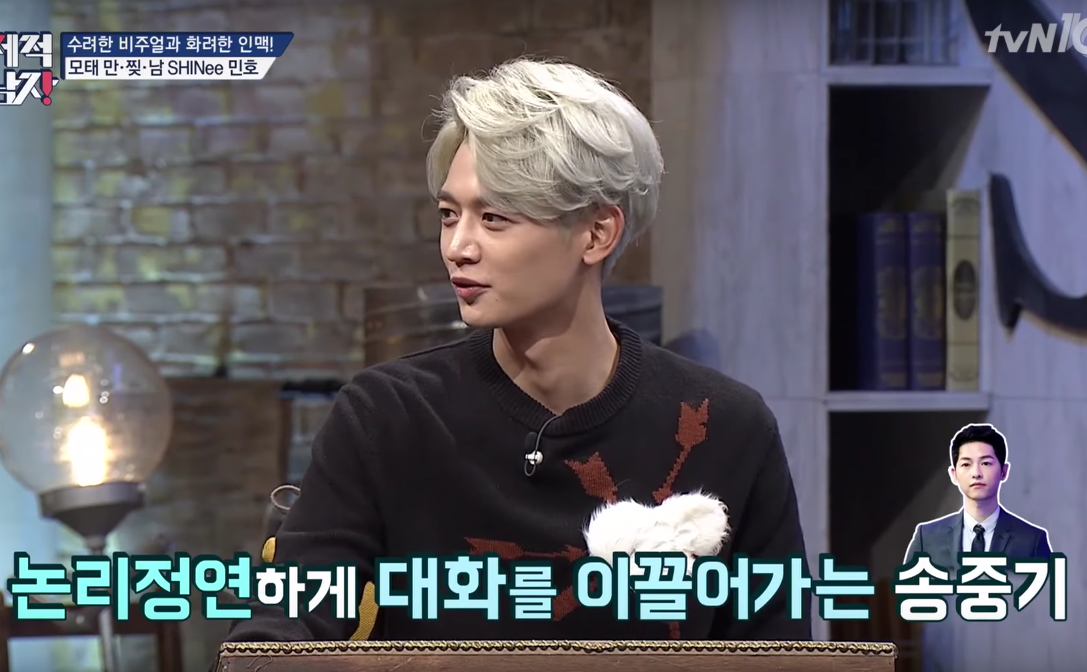 SHINee’s Minho Says Song Joong Ki Is The Smartest Of All His Friends?

The featured guest on the October 16 episode of tvN’s “Problematic Men,” SHINee’s Minho dishes on his impressive list of celebrity friends consisting of everyone from famous directors to national athletes.

Highlighting some of his closest friends, the idol reveals how he first became friends with Song Joong Ki when they were regular cast members together on “Let’s Go Dream Team 2” back during his rookie years. Minho says he also got close to Jo In Sung, Kim Ki Bang, Im Joo Hwan, Kim Woo Bin, and EXO’s D.O. because of Song Joong Ki. 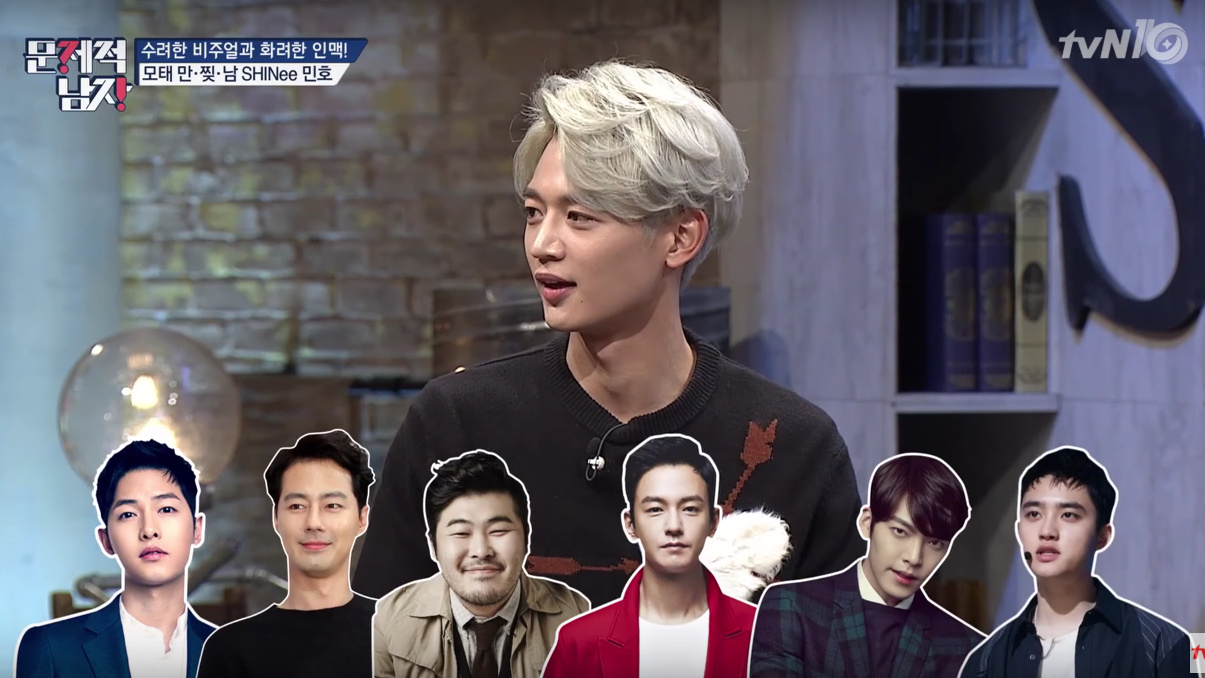 After carefully listening to him, Jun Hyun Moo then asks Minho who he thinks is the smartest out of all his friends.

The idol answers without hesitation, “In my opinion, I think it would have to be Song Joong Ki,” who’s well-known for his scholastic achievements.

“He really is intelligent. When we talk, he’s very logical…even if we say the same things, he has this way of explaining his exact reasoning when he speaks. He not only sounds clever but he actually is smart in real life. He’s also really gentle,” Minho explains.

On the other hand, the idol insists that he doesn’t consider himself to be a brainiac necessarily. “There weren’t many problems I could answer when I watched ‘Problematic Men,'” he confesses. However, he confidently jests, “I do think that I can answer more problems than Hyun Moo-hyung for sure.”

Are you surprised by Minho’s answer?