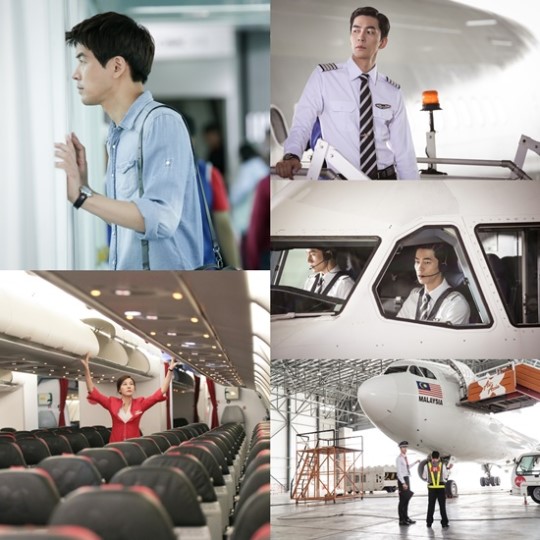 KBS’s new Wednesday-Thursday drama “On the Way to the Airport” is filming on a totally detailed scale!

For some of the scenes, the drama staff relocated to Malaysia to film. Since many scenes take place on an airplane, the production staff actually filmed scenes in an international airliner.

The staff paid close attention to detail since the story revolves around a veteran stewardess (Kim Ha Neul), who is married to a pilot (Shin Sung Rok) and has a fateful meeting with Lee Sang Yoon at the airport and on the plane.

In Malaysia, the actors filmed for three days in the airliner and Shin Sung Rok expressed satisfaction at being able to act in a real cockpit.

Watch the latest episode of “On the Way to the Airport” below!

Kim Ha Neul
Lee Sang Yoon
Shin Sung Rok
On the Way to the Airport
How does this article make you feel?