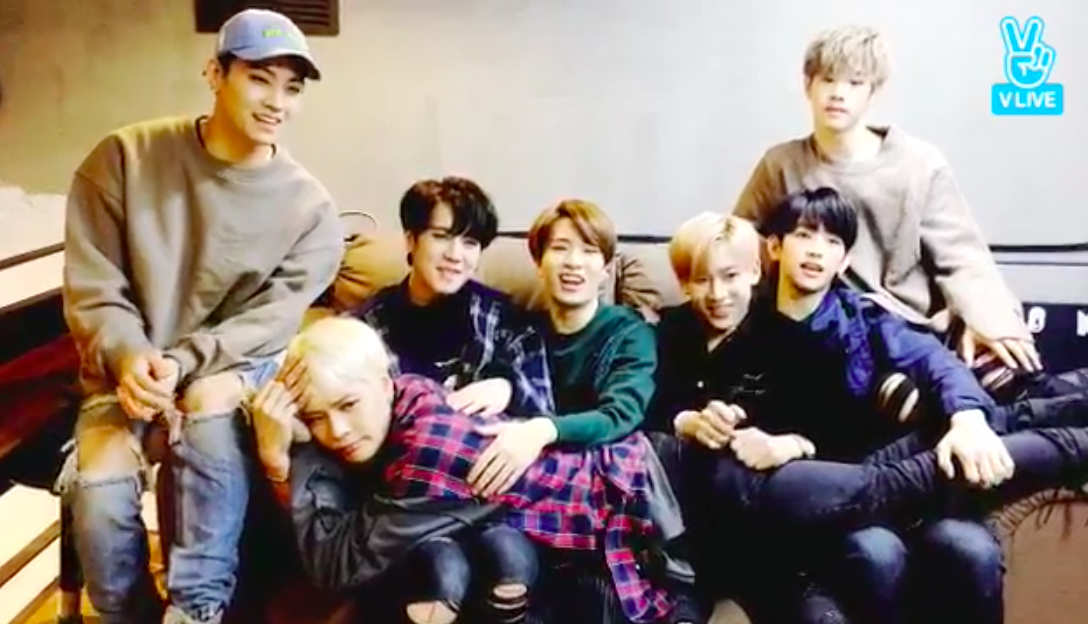 GOT7 hosted a live show on V app on October 16 to give their fans a reminder about their upcoming reality show!

While they take a break from filming, Jackson lies on the other guys’ laps as they all ask fans to tune in to their upcoming reality show entitled “Hard Carry,” which GOT7 is fully charge of creating and directing. They remind fans that it will be first shared on October 17 at 7 p.m. KST on M2’s channel on Naver’s TVCast, before airing on Mnet and V on October 18 at 11 p.m. KST. It was previously reported that the televised episode will feature behind-the-scenes footage that won’t be included in the online version.

“Do you know why it’s airing on October 17?” BamBam asks the guys, and Yugyeom replies, “Because we’re GOT7!” Jackson yells, “I got goosebumps!”

Jackson then suggests that someone gives fans the details in English, so Yugyeom switches to English mode as the other guys encourage him. He says, “What’s up, man? Seventeen, Monday! 7 p.m. M2 Naver TV Cast. First program. Right now see!” Got it, Yugyeom.

Youngjae tries to give the announcement in a Mokpo dialect, before Jackson takes over to do it in Chinese. The members then read fans’ requests for aegyo, and although Jinyoung manages to refuse by saying the other guys are just inventing the comments, some of them do give fans some cute smiles.

When they see a request for a “free hug” event, the four guys on the sofa for some reason start hugging Jackson closer to them. “That’s just a forced hug!” yells Youngjae. Jackson also gets plenty of smacks on the butt throughout the show by BamBam and eventually Mark, who keeps coming out from behind the sofa just for the opportunity. 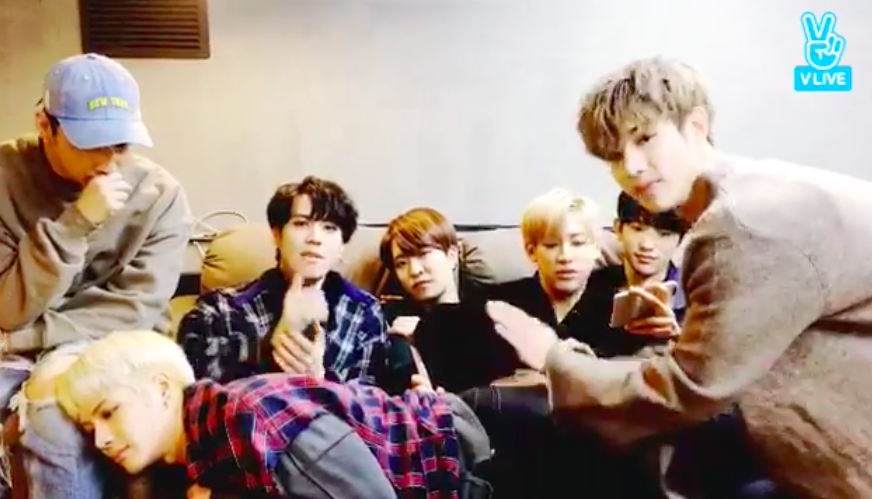 Jackson also talks about the possibility of Jinyoung appearing in Lee Min Ho and Jun Ji Hyun’s upcoming drama, and tells Jinyoung he should believe him when he says it’s going to happen.

Are you planning to watch GOT7’s new reality show?