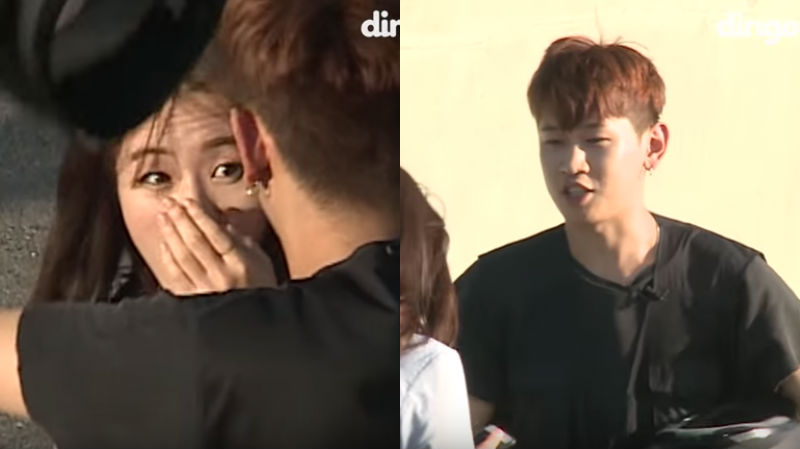 Crush Personally Delivers Chicken To Cheer Up A Fan

What would you do if your favorite singer personally delivered your food?

It seems singer Crush did just that, as he paired up with Dingo Travel to surprise a fan with a food delivery!

Recently, Dingo Travel posted a YouTube video with the title, “[Chicken Attack] What Would You Do If Crush Delivered Chicken To You?” In the video, a friend reveals that she signed up her friend (who is a fan of Crush’s) for this event because she’s been feeling discouraged from the job search.

The fan, who is unaware of the event, is sent to go pick up the chicken. However, the delivery man asks that she pay in cash, which she has none. Then the delivery man says he’ll just give her the chicken, and takes off his helmet to reveal that he is none other than Crush! The fan becomes completely shocked and doesn’t know what to do as Crush asks her to share the chicken with him.

As they eat the chicken together, the fan shares her worries about finding a job and her dreams to create a computer program that will help people. Crush encourages her, saying, “When I first created an album, I was so happy because I was doing what I really wanted to do. But no one was interested. Even when my brain said, ‘It won’t work,’ I kept making music because I wanted to do it so much.” He then tells her that because she has a clear goal in mind, she’ll be able to reach her goal before she knows it.

He then says, “I don’t think I’ll ever forget your name until I die. I’ll be praying for good things to happen. Stay strong.”

Watch the surprise event below!